Home and they say everything went well. They said they removed a good bit of scar tissue as well as did the release. I’ve actually been home since 11am but I was zonked and took a nap after eating a little something. Bf ordered dinner delivered and I’ll probably retreat to the bedroom for more ice, elevation, and napping. I can walk fairly well but they gave me a nerve block so I have to be super careful as it all the sudden kinda just collapses. That’s going away as the nerve block wears off but I’m still being very careful. Overall no pain but suspect the nerve block is mostly responsible for that. Keeping up on my meds as I don’t want to be behind it when the block wears off.

You're doing everything just right. It's smart to be careful with your knee until the nerve block completely wears off. After all this, you don't want to risk a fall!
OP
OP
S

Yup. 100% do not want to fall. Using my walker full time at least until I go back for my appointment Monday. Kinda surprised it can bend it as well as I can. I really was expecting a hugely swollen immobile knee and this really isn’t like that at all. So pleasantly surprised, at least for now

I'm glad you're feeling better than you expected, Sondra.

You probably know these by heart now, but here's another copy of the recovery guidelines, just in case you need a reminder:
Knee Recovery: The Guidelines
1. Don’t worry: Your body will heal all by itself. Relax, let it, don't try and hurry it, don’t worry about any symptoms now, they are almost certainly temporary
2. Control discomfort:

rest​
elevate​
ice​
take your pain meds by prescription schedule (not when pain starts!)​
don't overwork.​
3. Do what you want to do BUT

a. If it hurts, don't do it and don't allow anyone - especially a physical therapist - to do it to you​
b. If your leg swells more or gets stiffer in the 24 hours after doing it, don't do it again.​
4. PT or exercise can be useful BUT take note of these

Oral And Intravenous Pain Medications​
Wound Care In Hospital​
The Recovery articles:
The importance of managing pain after a TKR and the pain chart
Swollen and stiff knee: what causes it?
Energy drain for TKRs
Elevation is the key
Ice to control pain and swelling
Heel slides and how to do them properly
Chart representation of TKR recovery
Healing: how long does it take?
Post op blues is a reality - be prepared for it
Sleep deprivation is pretty much inevitable - but what causes it?

While members may create as many threads as they like in the majority of BoneSmart’s forums, we ask that each member have only One Recovery Thread. This policy makes it easier to go back and review the member’s history before providing advice, so please post any updates or questions you have right here in this thread.
OP
OP
S

So my bandage is so bulky I can’t really feel any cold through it. Suggestions?

You may not feel it, but the cold from your ice packs is getting through. You won't have that bulky dressing on very long, so this is a time you just need to wait it out. Be sure you are icing as much as possible, though....day and night.
OP
OP
S

I’ve fought my dang bandage all weekend. All it does is slide down my leg and my instructions say not to take it off. What a pain it’s been. I don’t have much pain but I just feel.... gross. My stomach will not settle down and I feel lightheaded sometimes. I think I’m dehydrated because I haven’t been able to keep any food in me until today. Sleeping lots and I go back tomorrow to get the bandage removed. What a relief that’ll be.

Boy, that is frustrating about the dressing! Thank goodness you'll have a smaller bandage soon. That will make icing easier too. You're doin' great.....keep hanging in there! 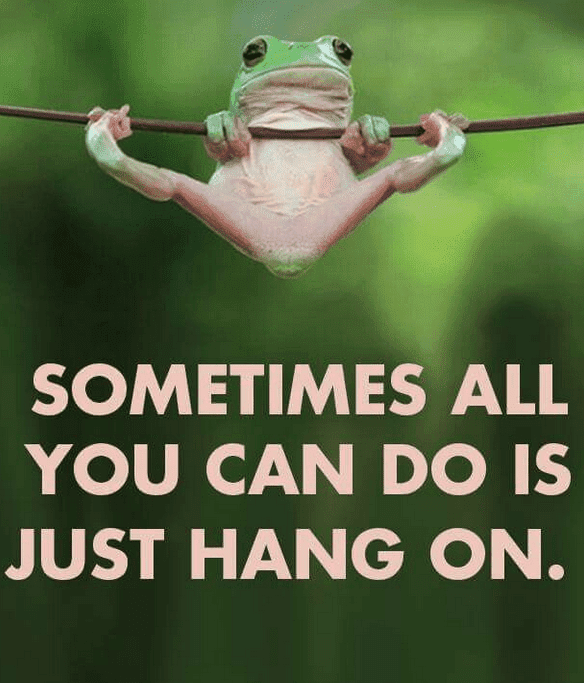 Finally got my bandage off this morning. The nurse gave me gold stars for leaving it on but told me if it were her she would have gotten rid of it. It wasn't over my knee really anymore and was acting more like a shin guard than anything. The PA came in and showed me pictures of what all they did, I nodded like the pictures didn't look like some unknown blob and I could totally see what he was pointing at.

My knee cap now. shifts over, which is sort of weird. The PA said that's... expected and not to freak out. He said I need to strengthen the muscles to hold my kneecap where it needs to be now. But he doesn't want me starting physical therapy until at the earliest next week. But... of course, I'm freaking out. This has been such a long long road and seeing it move like that... super weird and disconcerting. *sigh* I really hope someday this entire saga is over and I can just stop thinking about my knees 24/7

This is all great news, @sondrals! Your surgeon is absolutely on target with his gentle approach to you resuming therapy to strengthen. Healing first, THEN work on muscle strength. I know it's difficult to be patient when it seems like you've been in the "world of knees" forever, but this really is the perfect way to achieve the recovery you're looking for. Continue to take things very slow and easy. Think ahead to spring and a time when you'll be feeling much stronger and happier. It's coming.....
OP
OP
S

Is it normal for the interior of my leg, mostly in the calf, to still be numb? Guess I’m getting worried there might be nerve damage or something

I should add it kinda feels... like it’s on fire a burning sensation. But it’s not hot to the touch. And kinda tingly and itchy (though that may be dry legs).
Last edited: Jan 5, 2021

The numbness can hang around for quite a while. You're still pretty early in your recovery yet....not even a month out. Please try not to worry about nerve damage. If that burning sensation is severe or constant, you could contact your surgeon's office. It's really normal to feel a lot of different pains that move around as you heal.
OP
OP
S

I mentioned it when I was in last week and they prescribed Gabapentin. Which has mostly resolved the burning feeling but not the numbness. Guess I’ll just have to wait and see.
OP
OP
S

Oh and I went to pt today to work on well... walking and out of curiosity we measured my rom in both legs, 125 in my right, 124 in my left. Pretty happy about that

You're doing well, Sondra. It sounds as if your recovery is going as it should.
You must log in or register to reply here.