Is the Plastic Used in Knee and Hip Implants Safe? 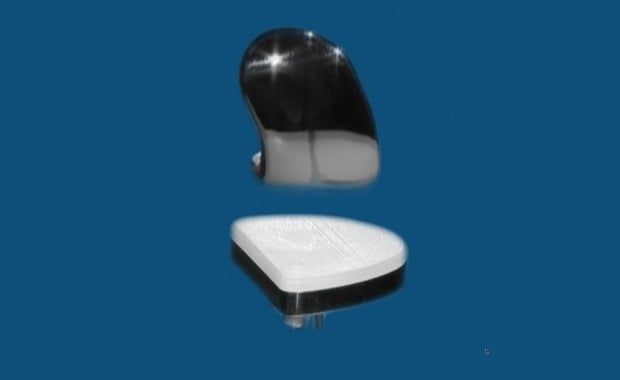 But what happens to that plastic once it has been implanted in your body? Plastics and their effect on the human body and the environment get quite a bit of negative press these days. It’s not surprising that patients are concerned about the polyethylene components of knee and hip implants.

The health concern with other plastics, such as those used in baby bottles, sippy cups, water bottles and plastic dishware relates to a chemical called bisphenol A (BPA), which is used in the manufacture of polycarbonate to improve the strength and appearance of the plastic. Several years ago, scientists determined that BPA can have a negative impact on humans, especially on babies and children. 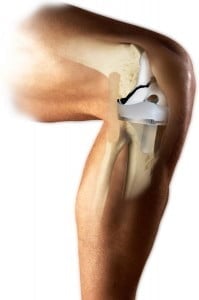 UHMWPE has over 40 years of clinical history as a successful biomaterial for use in hip and knee implants. In the late 1990s, highly-crosslinked UHMWPE materials were introduced and have rapidly become the standard of care for total hip replacements. The new material very successfully resists oxidation, not breaking down at a molecular level with time.

What Happens When the Plastic Breaks Down?

BPA is not used in polyethylene and is, therefore, not contained in any hip implants or knee implants. When the polycarbonate containing BPA breaks down, the BPA is ultimately released as individual molecules, which may act like the female hormone estrogen in the body. This is thought to lead to various health problems.

When polyethylene (including the UHMWPE in joint implants) breaks down, it breaks down into smaller pieces of polyethylene, all of which are substantially larger than BPA molecules. The body will create inflammation to try to protect itself from these pieces of plastic after time.

The new highly cross-linked polyethylene was developed to be more wear-resistant. Slower breakdown means fewer and smaller polyethylene particles are generated. This means less risk of inflammation that can lead to bone damage and failure of the prosthesis.

Polyethylene has been in use in hip and knee prostheses since the 1960s, with the only long-term complaint being the inflammation resulting from breakdown. For almost 15 years now, the improved polyethylene has greatly reduced even that complaint due to improved wear-resistance.