Opioids are the most effective medicines for moderate to severe pain, especially for managing short-term pain after surgery.

Although each individual medical facility has different policies, procedures, and pain control options available, in most cases, you can expect your surgery pain to be controlled by either oral (PO), intramuscular (IM), or intravenous (IV) opioids. 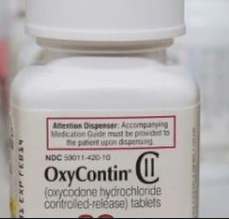 OxyContin is a common synthetic opioid used to manage pain.

Natural opioids are among the world’s oldest known drugs and are made from the dried “milk” of the opium poppy plant.  There are also other types of opioids that are made artificially in a laboratory.  These types are called synthetic or semi-synthetic opioids.

Whether natural or synthetic, all opioids work by binding to opioid receptors in the brain, spinal cord, and gastrointestinal tract. When these drugs attach to certain opioid receptors, they block the transmission of pain messages to the brain.

Opioids can do this because they look just like your body’s natural painkillers, called endorphins. This similarity in structure “fools” receptors and allows the drug to activate the nerve cells, flooding the area with dopamine, which produces the “opioid effect.”

Advantages and Disadvantages of Opioids

Opioids work rapidly to block pain and also change the way your brain perceives pain. The pain relief they provide allows you to be more active during the day and get more rest at night.

Opioids are effective when given through a variety or routes, such as by mouth, through the skin, under the tongue, and directly into the bloodstream. They do not cause bleeding in the stomach or other parts of the body.

Disadvantages to using opioids include that they may interfere with breathing or urination. In addition, they may cause:

All of these side effects are treatable by your doctor.

In many cases, doctors provide opioid medicines after surgery with a Patient-Controlled Analgesia (PCA) pump. This allows you to press a button to release a small amount of medicine through an intravenous (IV) tube when you begin to feel pain. 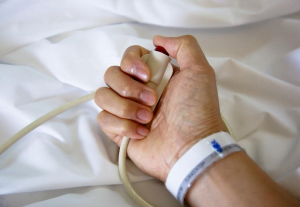 The PCA pump is programmed to deliver the medication in the correct dose for you as prescribed by your doctor.  The pain medication is delivered into a vein through your IV line and may be an addition to other medications you are receiving.  After each dose, you must wait a prescribed amount of time before you can give yourself another dose.  If you press the button too soon, the PCA device will not deliver medication.  This way, there is no risk that you will give yourself too much pain medicine. However, each attempt is logged on the machine so staff can see if your need has exceeded the dosing.

Because you control how often medicine is delivered, PCA therapy provides steady control of your pain. The intensity of your pain will vary — people typically have more pain during movement or physical therapy, and pain often worsens at night. People’s perception or tolerance of pain also varies. With PCA therapy, you can give yourself more doses when your pain is greater, and less when you do not need it.

Your healthcare team will closely monitor your response to the medication. Be sure to tell your doctors and nurses if you experience any symptoms or discomfort during your PCA therapy.

Opioids can provide excellent pain relief and help to speed your recovery from surgery or injury. They are, however, a narcotic and can be addictive. While addiction is unusual, it is important to use opioids only as directed by your doctor. You should stop taking these medications as soon as your pain has reduced to a comfortable level.

Be sure to talk with your doctor about all your medications – even over-the-counter drugs, supplements, and vitamins.  Depending upon the pain medicine you have been prescribed, any of these may have potential to cause a harmful reaction.  Your doctor will tell you which over-the-counter medicines are safe to take while using the prescription pain medication.

Non-steroidal anti-inflammatory drugs (NSAIDs) reduce swelling and soreness and are often used alone for mild to moderate pain. To manage the moderate to severe pain after surgery, NSAIDs are sometimes used in combination with opioids. Some examples of NSAIDs include aspirin, ibuprofen, and naproxen.

NSAIDs work by preventing an enzyme (a protein that triggers changes in the body) from doing its job. The enzyme is called cyclooxygenase, or COX, and it has two forms. COX-1 protects the stomach lining from harsh acids and digestive chemicals. It also helps maintain kidney function. COX-2 is produced when joints are injured or inflamed.

Advantages and Disadvantages of NSAIDs

NSAIDs produce fewer side effects when compared to opioids. After surgery, using NSAIDs may reduce your need for opioid medications and, therefore, reduce opioid side effects like constipation and drowsiness. NSAIDs also do not lead to addiction or dependence. NSAIDs alone, however, will not relieve the moderate to severe pain you may have after surgery. 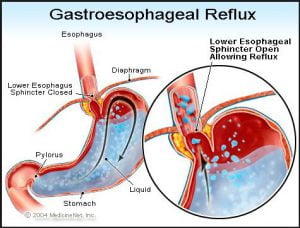 NSAIDs may cause Gastroesophageal Reflux

Traditional NSAIDs block the actions of both COX-1 and COX-2 enzymes, which is why they can cause stomach upset and bleeding, and are associated with ulcers. Aspirin, ibuprofen, Aleve, Motrin and Naproxen are common traditional NSAIDs.

COX-2 inhibitors are a special category of NSAIDs. These medications target only the COX-2 enzyme that stimulates the inflammatory response. Because they do not block the actions of the COX-1 enzyme, these medications generally do not cause the kind of stomach problems that traditional NSAIDs do. COX-2 inhibitors, however, have possible cardiac side effects. Celebrex and its generic form, celecoxib, are widely used COX-2 inhibitors.

Acetaminophen does not interfere with the COX-1 or COX-2 enzyme to reduce pain, so does not have anti-inflammatory properties. Scientists believe that acetaminophen relieves mild to moderate pain by elevating your body’s overall pain threshold. It lowers your fever by helping your body eliminate excess heat.

Used alone, acetaminophen works well for mild to moderate pain such as headaches, fever, and minor aches and pains, but does not reduce the inflammation and swelling that might accompany a muscle sprain.

Tramadol is a synthetic opioid, which means that it is made in a laboratory and modeled after a popular opioid called codeine. Although it is technically an opioid because of its structure, the way it works in your body sets it apart from all the other opioids previously discussed. Tramadol is the generic name for prescription pain relievers sold under the brand names Ultram, Conzip, Rybix ODT, and Ultram ER.

Tramadol relieves pain through two totally different methods. In one sense, tramadol works in the brain and spinal cord to change the way the body senses pain (like a traditional opioid). However, tramadol also works in a similar manner as some antidepressant medications, by interfering with the regulation of certain neuro-chemicals (serotonin and norepinephrine). When the amount of these chemicals is changed, it becomes difficult for pain messages to be relayed from one nerve cell to the next. Therefore, it reduces the amount of pain you feel.

Although tramadol alone is helpful for treating moderate pain, it is most effective when used in combination with acetaminophen or NSAIDs.

Just like any other drug, tramadol is associated with side effects, including dizziness and seizures but these are very rare.