Went for my appointment on 2 August. Saw the clinical practitioner- she was lovely and explained the CT scan showed that there was no movement in my prosthetic and therefore a revision was not needed. I asked about adhesions but she didn’t know if the scan showed any.
She told me that the surgeon would be doing an arthroscopy to remove/clean up meniscus (I thought that was all removed but didn’t think to ask her!). While he was in there he would desect any adhesions and other things he mentioned in his letter plus an MUA. I would be put on a CPM machine after and depending on the time of day would be in for one day or overnight if it was performed later. She then told me there was a 9 month waiting list!!!!
That was obviously the worse scenario as a week later I got a letter for a pre-assessment in September and in the same envelope a letter for the arthroscopy in October! Yeah result. There is the chance it may be postponed due to emergencies as it’s being performed at an NHS hospital but I’m in the system
Again it was mentioned that things may end up no different or worse than ‘at the moment’ but I feel I’m too young to accept the way I am without trying to do something about it.
Still wondering if I’ve got Arthrofibrosis

Gel-girl said:
She told me that the surgeon would be doing an arthroscopy to remove/clean up meniscus (I thought that was all removed but didn’t think to ask her!).
Click to expand...

That’s what I thought, too. Let’s ask @Jamie

Gel-girl said:
She told me that the surgeon would be doing an arthroscopy to remove/clean up meniscus
Click to expand...

She must be confused. With a tkr the meniscus is replaced with a plastic insert between the upper and lower parts of the implant. I know of no instance when the meniscus would be left. 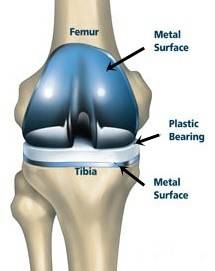 Sistersinhim is correct. I'd have to wonder about this medical person telling you that you were going to have a meniscus cleanup when you've had a knee replacement. You have no cartilage in that knee. I suggest you call their office and question what is really going to be done. You might want to get a copy of your medical records so you can read them for yourself.

I think you need to have a face-to-face meeting with your surgeon before you sign up for any procedures to clarify things and make sure this surgeon has extensive experience with adhesions. If you have them, it's a very specialized area and you want to be sure he has had success with the procedure on a good number of patients.
T

Just read your whole thread, @Gel-girl, and will be following your progress. I hope your arthroscopy will be the answer to your lack of bend. I've had a strikingly similar journey to yours, also in the UK, and also can't help wondering if I will need an arthroscopy too. I wasn't on BS when I had my original TKR, and don't want to 'derail' your thread by posting my story here! Anyhow if you are interested you could PM me?
OP
OP

@tabbykit I have wrote on your thread.
OP
OP

Letter this afternoon, just as leaving the house, cancelling the arthroscopy! Took letter to see if I could find out more as we’re away on Tuesday and really need them to phone my mobile or email me if any changes as I won’t see any letters till I get home about 4 weeks time! Will have to try again Monday could not get an answer.
OP
OP

@sistersinhim I wonder if I heard right when she said meniscus. Funny enough one consistent pain I have had since I tore my meniscus, had it sorted through arthroscopy and had my tkr is a pain where the meniscus is/was. So maybe my mind playing games! I will be asking my GP for a copy of the letter sent to them after this consultation.
OP
OP

@Jamie I still don’t know for sure I have adhesions that’s why he’s doing an arthroscopy. It’s very difficult to find specialists for adhesions here in the UK unless you’re willing to go down the private sector. I am just pleased that someone is willing to do something and not tell me I have Arthrofibrosis, from feeling my leg, then saying nothing can be done and to go get on with life - this was my original tkr surgeon’s reaction. I appreciate the advice though and hopefully will get the opportunity to talk to him before the procedure.
OP
OP

@sistersinhim just read through the original letter from current surgeon to GP. The last few paragraphs gist are ......

If no malposition do arthroscopy, do synovial biopsies and re-sect any medial meniscus that has developed! Look at scarring in the para-condylar and re-sect this.
If we do proceed with an arthroscopy we will do an MUA, use a CPM machine post op.

This is what the clinical practitioner was quoting so I didn’t hear the wrong thing. So he -the surgeon- seems to think I have possibly re- grown meniscus! But this letter was before the CT scan.
I’m going to ring the GP tomorrow to see if they can send me a copy of the letter from my meeting with the clinical practitioner if there is one. I suspect not as I believe the appointment was to organise the arthroscopy.

I can't imagine why he stated this. I will bring it up with the other staff and see what they think.

I think you need to get a clarification of what was written in that report. When you have a total knee replacement, bone and the knee cartilage are removed. Meniscus is in the section of your knee that is no longer there when the new joint is implanted. See the illustrations below: 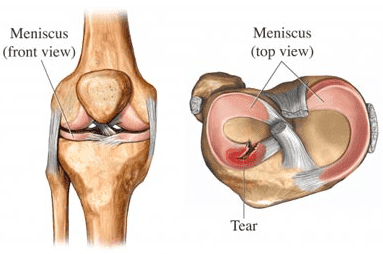 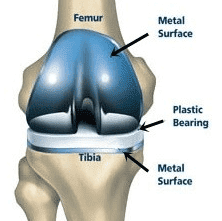 You can see where the meniscus is located in your knee prior to surgery. And in the third image, you can see that it is replaced with the metal tibial plate and plastic bearing during surgery. I don't know why this would have been written this way in the report you have. It would certainly be worth asking.
OP
OP

@Jamie that what I thought. He didn’t mention it in the consultation (March 2019) only the letter. I only received a copy about 2 months or more after. It was the clinical practitioner that mentioned it in the consultation at the beginning of August.
I would like to point out that when my meniscus tore in January 2013 my main pain was centred on the top of the inner left knee. The pain never went away after the procedure. It was still there after the tkr October 2017 and I mentioned it to the original surgeon who told me it was memory pain. It is still there along with all the other pain and worse some days than others.

With have had teeth pulled, I can relate to memory pain. Mine has gone away. Hopefully, yours will, too.
OP
OP

I'm afraid that would make you a bit of a medical miracle then.

Ask questions. You'll get to the bottom of it.

I really don't see meniscus growing on metal! Maybe this is something like the 'new math' that so many of us missed out on.

If you could regrow meniscus then many surgeons would be out of a job! Surely it must be an error. Will be most interested to see what happens!

I found this article on rare instance of meniscal regrowth: https://www.hindawi.com/journals/crim/2011/761726/

I never would have believe it if I hadn't just read it.
You must log in or register to reply here.