Surgical Procedures and Other Hip Treatments 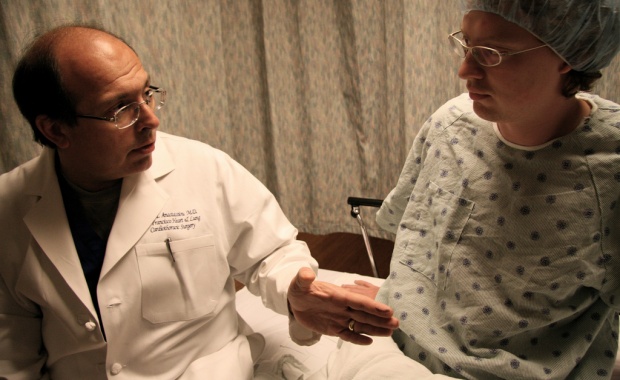 The hip joint is where the head of the thigh bone or femur meets the pelvis. The femoral head is ball-shaped and fits into a cup-shaped compartment in the pelvis. The hip joint can be damaged by osteoarthritis, other forms of arthritis, and other traumatic or degenerative conditions. Hip pain caused by this damage can be treated in several ways. Hip replacement surgery – like all surgeries – is generally only recommended after all conservative (non-invasive) treatment options fail to provide relief from symptoms. In a total hip replacement, both the head of the thigh bone (femur) and the socket are replaced with implant materials and prostheses. Together, the synthetic ball and liner create the new joint.

If the degeneration of the bone is not severe, your surgeon may suggest hip resurfacing rather than a total hip replacement. The resurfacing consists of installation of a cap on the upper end of the femur (as opposed to the implantation of a ball-shaped prosthesis to completely replace the femoral head) and a cup for the acetabulum (socket) similar to that used in a total hip replacement.

In cases of a broken hip (fractured neck of femur) where the fracture cannot be pinned, your surgeon may perform a partial hip replacement. In these cases, the broken femoral head is replaced with a prosthesis which is just a ball and stem. The acetabulum is still in good condition and is no implant is placed there.

While total hip replacement is the most common hip surgery, there are a number of other surgical interventions to relieve hip pain of various geneses.

When the problem is the result of dysplasia, (a misshapen or shallow acetabulum or femoral head) you may need a hip osteotomy. In an osteotomy, the pelvic bone is cut and the angle adjusted in various ways to improve the joint stability.

Finally, in a hip arthroscopy, the surgeon will insert a fiber optic camera into a small incision just below the joint along with a surgical instrument. Generally, an arthroscopy is performed to remove abnormalities on the neck of the femur or trim a tear of the cartilage that forms the rim of the acetabulum otherwise known as the ‘labrum’.

More about other surgical hip treatments >>

There are a number of non-surgical treatment options for hip pain. These include: