I did quite a bit of research on CRPS (complex regional pain syndrome) at one time.
#CRPS

What happens is that normally when nerves are stimulated by a pain somewhere, they fire like an electric spark that shoots up the nerve cell (called a neurone) and travels from one cell to another. As each cell fires, it's supposed to go into a short period of rest before it can fire again. But when the leg is affected by CRPS, the nerve cells are just randomly and constantly firing which is why pain meds and all the other usual remedies just won't work. 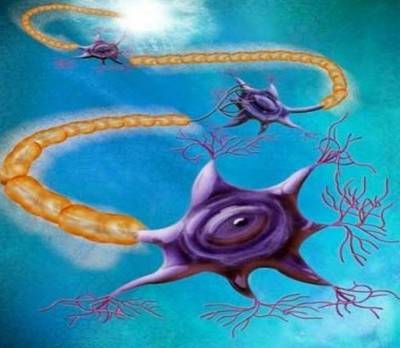 There are some do's and don'ts with this - first be very careful of movement or any other stimulation like massage. A CPM is not a good idea as it will keep the nerves firing. Neither is ice or heat. Even hot water from a shower can do it. Rest is your best friend right now. You have to try and figure out for yourself what triggers an attack and then avoid it.

Good news is that CRPS can go into remission if it's allowed to (no CPM!) but bad news is that almost anything can start it off again. You could go into a remission and do certain things a dozen times and then suddenly one day it will set it off again. Some people (lucky ones) just have the one episode and that's it. It can be caused by anything from a broken ankle to several extensive surgeries, from a bad fall to aggressive massage/PT. In truth, as yet this is a poorly understood phenomenon and the best that is known as that there is still a lot to be learned. Every case is individual and has it's own course and manifestations so there is no 'textbook' case to tell you about. I truly wish there was.
OP
OP

Complex regional pain syndrome (CRPS) is a poorly understood condition in which a person develops a persistent (chronic) burning pain in one of their limbs.

The pain usually develops after an injury – which in most cases is a minor injury – but the pain experienced is out of all proportion to what you would normally expect. For example, a person with CRPS may only strain their ankle but it can feel like a serious burn. The skin of the affected body part can become very sensitive, and even the slightest touch, bump, or change in temperature can provoke a feeling of intense pain. If left untreated the pain can spread to other parts of the body too.

In some cases of CRPS the pain passes after a few weeks. In others it can persist for months or even years. Some people have repeated episodes of pain followed by long stretches of remission (being pain-free).

Treating CRPS
There are three main treatment approaches for CRPS which are used in combination:
The sooner treatment is started after symptoms begin, the more effective it will be.

What causes CRPS
The cause of CRPS is unknown but the condition appears linked to an abnormal neural (involving the nervous system) response to injury. It appears something (nobody is sure what) causes certain nerves to misfire in some way triggering pain.

CRPS could be the result of interconnected factors.
A previous theory that CRPS was a psychosomatic condition (the symptoms of pain were psychological – "all in the mind") has been disproved because research shows people with CRPS undergo very real physical changes in their nervous system.

Who is affected
It is hard to estimate exactly how common CRPS is as many cases may go undiagnosed or misdiagnosed. One study reported as many as 1 in 3,800 people in England may be affected by CRPS. CRPS can begin at any age, though the average age for symptoms to start is around 40. Three out of four cases occur in women.

For example:
Why CRPS develops as a result of these injuries is still unknown. Due to the complex nature of the symptoms, most experts believe it is unlikely the condition has a single cause, and is probably caused by a combination of related factors.

Some experts believe CRPS shouldn't be regarded as a single medical condition as there could be different conditions that all cause the same symptoms. Some of the theories about the causes of CRPS are described below.

This may explain why people with CRPS often experience post-injury pain that is out of all proportion to the initial injury. It is not the injury itself causing the problem, but your body's abnormal response to it. As the sympathetic nervous system also helps regulate blood vessels in your skin, a malfunction of this system may also account for other associated symptoms of CRPS, such as changes in skin colour and temperature.

Tests
Possible tests used to rule out other conditions are:
Tests that give a good indication that you have developed CRPS (although they can't confirm it) are described below.
Diagnostic checklist
As CRPS can be difficult to diagnose, experts have created a checklist to assist GPs and other healthcare professionals when making a diagnosis.

A diagnosis of CRPS can be made if the following signs and symptoms are present:
Referral
If you are diagnosed with CRPS, you may be urgently referred to a specialist pain clinic. There are around 300 pain clinics in the UK, mostly within hospitals. There is also a national centre for CRPS based at the Royal National Hospital for Rheumatic Diseases in Bath. You may be advised to visit the centre once your diagnosis is confirmed so that a treatment plan can be drawn up. An urgent referral ensures treatment can be started immediately, because the earlier treatment is started, the less likely it is that you'll have any long-term disability.

Due to the complex nature of CRPS, treatment is usually provided by a team of different professionals working together.

Members of your care team may include:

#CRPS
You must log in or register to reply here.