Chronic problems since knee surgery in Jan 2020. Progressed slowly, but steadily over first 9 months. Regained ability to touch my "behind" with heel of surgery foot, but recovery was very slow, very painful compared to other joint and spine surgeries I have had over the years. Gait always seemed "off."

Last checkup w/ surgery doc, and told him of constant clunking in my knee. Dismissed by him as well you are old (then 68) and all your joints will clunk at your age. He had dismissed me before after my husband told me doc told him right after surgery that I had a badly eroded kneecap (in waiting room). When he came to hospital room next day, would not discuss with me (and I'm the patient) and very dismissive.

Since then, worsening pain and clunking and problems (never had pain free knee after surgery, which he also told me before surgery I'd still have pain, just less). Hard to walk, extreme pain under kneecap, stairs excruciating and when straighten knee out fully (after bent) about 30% to straight, excruciating pain under kneecap until straight.

Went to new doc in Aug '21. He said about 25% of people have continuing pain, probably scar tissue and might have to do surgery, but implant was "in right place" per x-rays. Said might have infection. Ordered blood test (in-house lab). Never heard from in 3 weeks. Called secretary and nurse for 3 weeks for results and they would not call me back about test results or what he said would do at visit (asked for conservative treatment before progressing to surgery and he talked about PT and nerve blocks). Finally called medical center associated with practice to file complaint about not hearing back; so suddenly secretary called back and said they lost my blood test. Don't want this doc either.

Saw new doc recommended by a medical professional (different field) I know who had THR (this doc also does knees). Some things about him that worry me (he has bounced around a few hospitals/clinics in the most recent few years, but had a stellar career in hip and knees before at top hospitals/clinics before). He was 2 1/2 hours late for my appt. (staff kept apologizing and I know "stuff" happens, so OK). Web reviews are either all 5s (best doc ever) or all 1s (avoid at all costs). Many complain about chronic lateness for appts, even if tey like him.

His CRNP saw me before him and told me I had "windshield washer" knee, aka patellar instability. Has anyone ever heard that description before? Can't find it anywhere on the web.

She was able to move my surgery knee side to side and yes, it made the horrible clunking I have. It also clunks during many other movements too. My non-surgery knee can't move side to side like that. But, non-surgery knee is also getting worse, and sooner or later I've got to get TKR on that knee, but surgery knee is as bad or worse now than it was before 1st surgery (limping, constant pain, waking me up several times at night), so I don't want to do other knee and wind up with 2 really bum knees where I can hardly walk. I'll be on a walker forever. I'm very active.

They want to do revision surgery as soon as possible, and she said they would probably put in a larger/thicker spacer. He only spent about 5 minutes with me. Was very empathetic and gave me his private # if I have any questions at all, but agreed with what the nurse said.

Is this a rush to judgment? Is there anything short of another surgery so soon after 1st I can do? After 1 horrible surgery and failed knee replacement, don't want another. But something is very wrong with knee and pain is awful.

Am seeing yet ANOTHER local doc next week who does revisions (recommended doc & hospital was 50 miles--100 mi round trip away).

I’m sorry that you’ve had such a bad time and such reactions from all the surgeons you’ve seen. While I don’t have actual pain, I also have not had a good outcome, with more limitations now than I had with my arthritis before getting my partial replacement. 2 second opinions have not offered me any help, saying my X-ray looks fine.

By any chance, have you seen this surgeon: 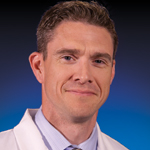 Robert McKinstry, MD, is a board-certified orthopaedic surgeon, fellowship-trained in total joint replacement and reconstruction. Click here for more information and to make an appointment.

He did TKRs on two of our members and they were very happy with him. He was my second, second opinion and he was very nice and caring. He actually listened to me, though he didn’t have an answer for me. He did order blood work and called me himself, to tell me the results, which were fine. He has more than one location, I saw him in his office in Gambrills, MD, the best location for me coming from mid Delaware.

I understand not wanting more surgery when the first one didn’t go well. I feel the same way. I’m just thankful that my knee, while not good, is as manageable as it is.

I also understand taking the time to find a surgeon that you like and trust, to do a future revision, and not rushing into it. I keep a personal list of surgeons our members mention, as possibilities for my future revision, if, or whenever, that may be.

Please give us the date of your surgery and we’ll make a signature for you.

The doctor who lost my blood work was with MedStar, but in DC. The doc I recently consulted with (the windshield washer knee doc) is in Baltimore, so a 100 mi round trip. Gambrills would be about an 85 to 90 mi round trip. I know that is not bad to see a specialist, just almost impossible to get myself walking and straightened up after an hour in the car at my age!

Does Dr. McKinstry do revisions routinely or just regular replacements?

Seems from the archives, some members have had the klunk problem or knee cap instability/spacer replacement and their original surgeons basically blew them off too. I know they get a rating from Medicare that includes lower marks for revisions or complications, so maybe that is why.

Some docs have said they can only do x-rays because of the metal replacement, but I've read a few things on the web that says they can still do an MRI or CT scan. Does anyone know if that is true? The Nurse paractitioner says they can't see the spacer on the x-ray.

Thanks for all your help.

@KittyMomma
Many of our members have Clicking/clunking knee joint after surgery , which they mention in their posts. Your symptoms indicate something more is going on, glad you found a surgeon who gave you a diagnosis.

It is possible to do a MRI on a replaced joint. Here is an article about MRI scans and joint replacements
Jockette can answer your questions about Dr McKinstry.

As of 2 years ago when I saw Dr. McKinstry he did revisions, his description above says reconstruction and that’s what I look for. I asked him if he did Patellofemoral partials, which is what I have, and he said no. I wish I’d known before my surgery that the procedure I had done was a bit controversial.

Once we have issues we’re not happy with it seems we have to go a distance for second opinions. Dr. McKinstry is 80 miles from me. For me, Philadelphia is about the same distance from me, so that’s the other area I’m looking at, for the future.
OP
OP
K

Is there a specialist in Philadelphia that is worth the trip?

I've heard great things about Dr. Carl Dermengian.. he is at Lankenau Hospital which is a little west of Philadelphia.
Another one that gets great reviews is Dr Levicoff. Both of them are with the Rothman Institute and work out of several locations in the area.

I'm not certain that they do revisions but if they do, I think you would be in good hands with either.

Just another opinion on Dr. McKinstry. He did both of my TKR’s and I’ve had wonderful results. He only does knees and hips and is a revisionist. As my PT said, he’s one of the ones who is called in for complex cases. And he has a personable, gentle manner.
As a retired RN, I did a lot of homework on who I wanted for my knees. I’ve been very pleased.

CricketHip said:
I've heard great things about Dr. Carl Dermengian.. he is at Lankenau Hospital which is a little west of Philadelphia.
Another one that gets great reviews is Dr Levicoff. Both of them are with the Rothman Institute and work out of several locations in the area.
Click to expand...

Though I have not seen these two yet, they are on the top of my list for the Philadelphia area for me to call, when I’m ready.
You must log in or register to reply here.

May 5, 2022
Scaredycat10
S
J
Arthroscopy Has anyone here dealt with a peroneal nerve injury?

Saturday at 4:02 AM
Jockette