Why eat our greens?

Why should we eat our greens?

It is interesting that humans inhale oxygen and expel carbon dioxide and plants do the opposite. Our survival seems uniquely dependant upon one another. I know I can hear everyone saying... I knew that!

How many Mothers have said to their children 'eat your greens'?

Scientists have been researching the connection for decades!

In 1936, Dr. Arthur Patek conducted a study in which fifteen patients with iron-deficiency anemia were fed different amounts of chlorophyll along with iron. Iron alone had already been shown to reverse this condition, but Patek demonstrated that when chlorophyll and iron were given together, the number of red blood cells and the level of blood hemoglobin increased faster than with iron alone. As stated by Dr. Patek, “This study may serve to encourage the use of a diet ample in greenstuffs and protein foods, for it must be that over a long space of time favorably nutritious elements are absorbed which aid the blood reserve and which furnish building stones for the heme pigments necessary to the formation of hemoglobin".

As the enzyme and antioxidant rich phytonutrient chlorophyll moves through the digestive system it enriches the blood with increased oxygen. The red blood cells increase in numbers whilst their haemoglobin content rises. Red blood cells make up about 40 percent of normal blood. Now we have these rich oxygenated red blood capsules carrying oxygen from the lungs to the tissues where it is exchanged for the carbon dioxide waste products.

The potent cleaning effect is in part due to chlorophyll's remarkable alkalizing ability. Many alkaline minerals such as potassium and magnesium are delivered by chlorophyll. The improved movement of fluid in and around the cells reduces fluid retention as the minerals optimize the fluid distribution, increasing the nutrient uptake into the cells and facilitating toxin removal from cells and extra cellular fluid. Imagine this miraculous detoxifying dance deep inside your cells!

This gentle cleansing effect assists in reducing inflammation. It has been shown by scientists to repair damaged DNA and speed up the healing process of wounds with the growth and repair of tissue. Even a mild mineral deficiency may contribute to a variety of vague symptoms, including lethargy, anxiety, stiff joints and muscles. It has also been reported that Chlorophyll has a soothing effect upon the nervous system which may help reduce stress, anxiety and nervous agitation.

It is easy to guess which foods are high in chlorophyll as they are - Green! The darker the green, the more chlorophyll, consider the following:

In Jane Goodall’s book about chimpanzees she mentioned that sometimes chimpanzees would take a fruit, role it in a green leaf, and eat it as a sandwich.. and we think we are smart!

The trick to retaining maximum chlorophyll in food is to eat it raw or cook/steam it slightly. If you can retain the green color, you will retain the beneficial chlorophyll. 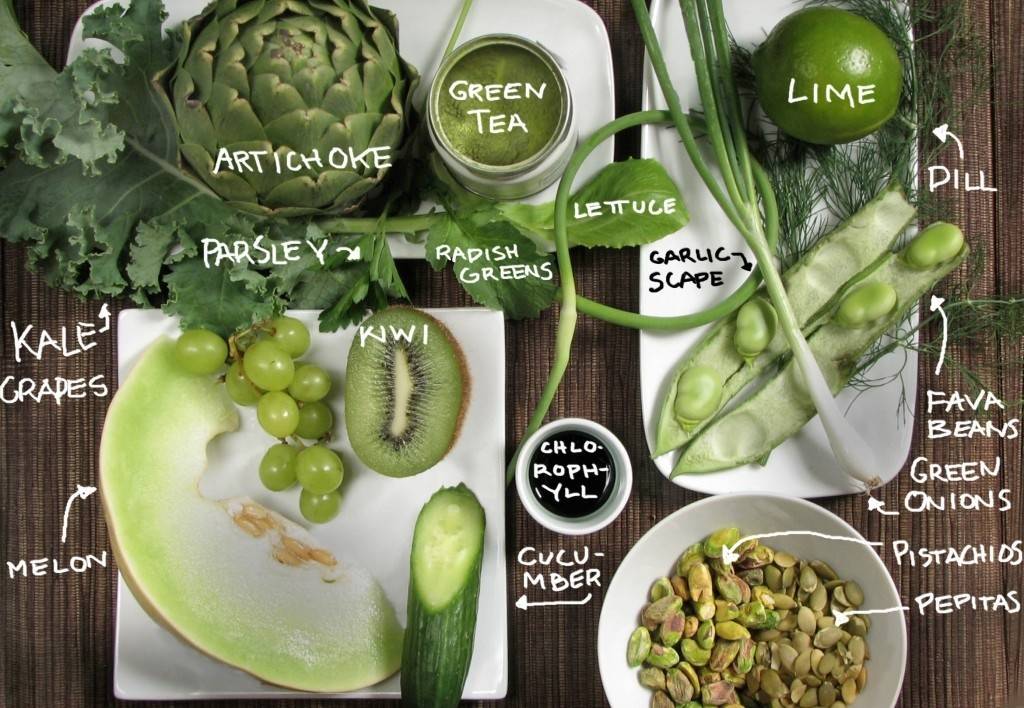 Note: Green leafy vegetables are generally high in vitamin K, which plays a role in how your blood clots. Whilst on your anticoagulant medication, I would suggest moderate amounts, one serve a day.

Disclaimer: The information on dietary factors, foods, and beverages contained in this article does not cover all possible uses, actions, precautions, side effects, and interactions. It is not intended as medical advice for individual problems. Liability for individual actions or omissions based upon the contents of this article is expressly disclaimed. Consult a doctor or other health care professional for diagnosis and treatment of all medical conditions including the taking of supplements.
You must log in or register to reply here.