Elf1 said:
Again, could be that it's just old.
Click to expand...

Oh you never told me that! Get a new one!
OP
OP

@Josephine yep, it's probably a good 10 years old. Will try one of the newer ones they have in the stores now. Thanks!

Personally, I might not bother.
I had PT that included TENS prior to Hip Replacement and sometimes they did get the setting just right and it would give me some relief while employed and maybe a tad after, but the pain did seem worse after. I don't think it really was worse...maybe just the temporary reprieve made it seem so.
As Josephine had told any, if someone found a "cure" for OA pain, then they would be very rich.
Heat would sometimes take the edge off for me, but even that was not a big help after a while.
Hang in there friend...
OP
OP

@Mojo333 Exactly my sentiments on the TENS and heat. Did some heat last night for a while just to have that kind of comfy feeling it gives. Moving closer and closer to the date, doing my best to hang tough and really appreciate all the support I get here from all of you great folks.

Really no choices, right?
Just try to eat healthy, stay positive, and you have a great cheerleading squad waiting for you

Sending a hug and wishing you comfort. It's so draining toward the end.
I'm sorry.

@Layla thanks for the kind thoughts, it is unfortunately what it is, trying to make the best of it. Hubby has really been babying me already. It's getting a little easier while I watch the days tick off to know there is an end in sight.

You're lucky. I don't think my husband ever "got it." But then again, I don't let on much.
I'm a go into the bathroom and cry type of person, then come back out and act like all is well in the world.

Phony baloney, lol.
Whatever gets you through. Wish I was Samantha Stevens, I'd blink you into the OR.

Thanks @Layla! I try not to let on about a lot either, have always tried to be the strong one but it's getting to a point that I can't hide it as well since he's actually back living in the house full time. (which is good) I used to be able to fake it through the weekends when he was home before and keel over during the week when he was at work. I know, phony baloney too!

Hi @Elf1 ! Seems you had a birthday yesterday and on Mother's Day!!!

Hope you had a pleasant one....just think, next birthday you will be enjoying that amazing new hip!!! I hope the time goes quickly for you now...
OP
OP

@Bfam85 , shhh! At this age we don't tend to advertise that! LOL! It was a nice day plus got to hang with friends on Saturday so all in all a good weekend. I am kind of amazed that the time does seem to be moving quicker than I thought, was telling my husband this weekend, wow, we only have x amount of weekends to get stuff done before I go to surgery! Crazy! Of course it will probably slow to low crawl right before. 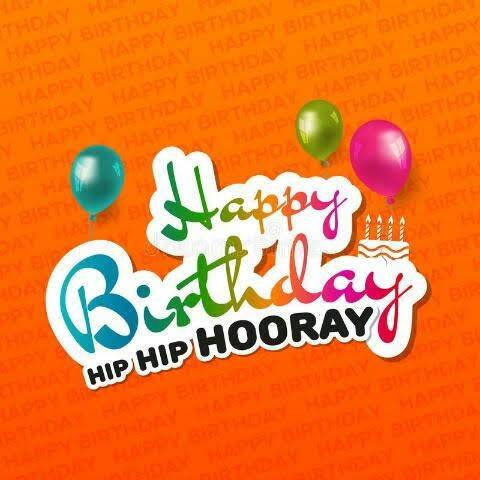 @Elf1 The waiting is the worst I guess as everyone says. The closer I get, the more I'm freaking out. lol. I wish we could get the diagnosis and surgery the same day....hummm, now that would be nice... hugs to you
OP
OP

@Cecropia the waiting is definitely a drag but the time is going by. I have a tendency to be the one that keeps the stiff upper lip and straight face all the way up to and through the problem/crisis and then falls apart after it's over. It's a weird stress thing.

We'll get through this and come out the other side better for it. My back surgery did wonders for my back pain even though the Doc said it wouldn't take all the pain away, which it didn't but it improved it so much. I had an issue where every time I bent in any direction the discs were sliding around and pinching nerves in my spine. So, kind of learned the lesson there to do what needs to be done.

Hugs to you as well, will be with you in spirit on the 28th!

@Elf1 You are so sweet, I'm a great cheerleader for other people, but not worth a poop for myself. Thinking of you too....

Happy (Belated) Birthday!
Looks like I missed it. We were born the same year. You're only a handful of months older than me.

Only 37 days to go, hope you're hanging in there without too much discomfort.
I had my surgery at the exact same time of year as you also. It was a nice time for recovery.
Hopefully it's the same for you and not too hot.

Have a nice evening and a great Sunday!
@Elf1
OP
OP

@Layla thanks for the kind wishes, sometimes hard to believe I'm this old and others it seems older!

Hanging in there, pain will not let up so am really looking forward to the surgery at this point!

Had a pre-op appt with the cardiologist to get his clearance for surgery. Kind of bummed, am scheduled to do a nuclear stress test on the 31st, minus the exercise on the treadmill part of course. Guess they use meds to make my heart react as if it's exercising. I have an abnormal EKG, which is nothing new, but he wants to check it out since I'm having surgery. I guess better safe than sorry. Also go see the OS on Thursday, working up a list of questions that I had no idea to ask last time.

You're right, better safe than sorry.
Prayers all stays on schedule and for your comfort as you wait.
@Elf1
OP
OP

@Layla thanks, you have a good evening and Sunday as well.