Dr. Selman Waksman [1964] coined the term antibiotic which he defined as any substance produced by a microorganism that kills or inhibits the growth of other microorganisms.

Probiotics are bacteria that interfere and kill pathogens but the mechanisms employed by these agents in preventing infection and disease vary. At the other end of the spectrum PreBiotics describes a "substance(s)” secreted by one microorganism which stimulates the growth of “another" microorganism. Collectively the nutrients that probiotics need for “survival” are called PreBiotics.

How do probiotics work...

Probiotic agents block sites pathogenic agents need for adherence to surfaces and simultaneously activates innate and adaptive components of the immune system. The multipronged attack by probiotics are more efficient than just relying on antibiotics to disrupt cell wall structures and or poison metabolic pathways in pathogenic agents.

The World Health Organization defines probiotics as “live microorganisms” which when administered in adequate amounts confers a health benefit on the host. Probiotics are bacteria and the successful growth of these organisms depends on indigestible carbohydrates that are available in thousands of different plants and fruits. Collectively the nutrients that probiotics need for “survival” are called prebiotics. The term synbiotic is used when probiotics and prebiotics are presented together. A major role of probiotics is to protect the host by displacing and preventing colonization of pathogenic agents. That is, infection is reduced and disease prevented when pathogenic agents are not successful in adhering to sites in the gastrointestinal tract [GI], upper and lower respiratory tracts, colon, genitals, and urinary tract.

Other equally important mechanisms employed by probiotic in disease prevention include the production of bacteriocins and other products that result in a drastic change in pH with the creation of an acidic environment to hinder the survival of pathogenic agents. It is well documented that probiotics enhances immune activation and the subsequent production of antibodies of IgM, IgG and IgA classes. Antibody isotypes such as IgM and IgG target the pathogenic agents for destruction by complement proteins and phagocytic cells.

Cellular immune mechanisms are enhanced by probiotic agents with a subsequent recruitment of macrophages to damage and destroy pathogenic agents. 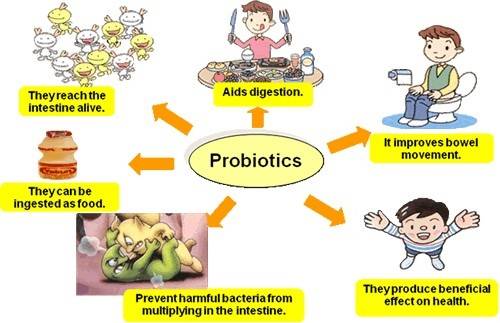 Disclaimer: The information on dietary factors, foods, and beverages contained in this article does not cover all possible uses, actions, precautions, side effects, and interactions. It is not intended as medical advice for individual problems. Liability for individual actions or omissions based upon the contents of this article is expressly disclaimed. Consult a doctor or other health care professional for diagnosis and treatment of all medical conditions including the taking of supplements.
Last edited by a moderator: Dec 15, 2019
You must log in or register to reply here.