Arthritic joints, especially weight bearing ones like this hip and knee, can be very painful. But there can come a point when the joint becomes so inflamed and angry, the patient can be 'in extremis' which is the most painful, most debilitating and extraordinarily devastating conditions possible. It generally comes on quite suddenly after a prolonged period of pain and disability and can render to patient almost insensible.

I have seen three cases of this phenomenon. Two were a relative and the third was a hospital patient. In all thee cases, the pain was so severe, the patients were almost insensible, unable to communicate with doctors and staff, unable to explain what had happened or what they had been doing when this occurred. If asked what their pain score was (on a scale of 10) and they did manage to respond, they would be likely say it was in the order of 15 or even 25. 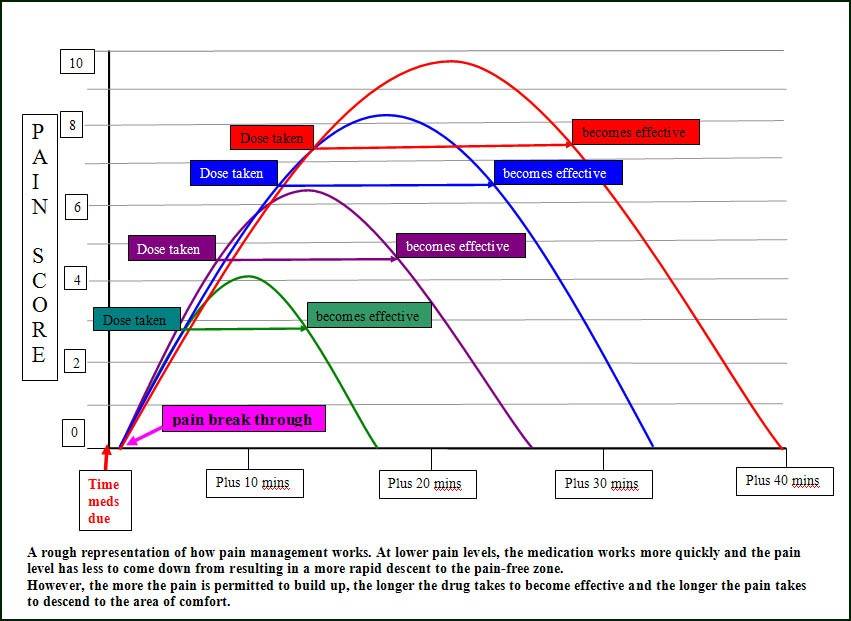 Oral treatment never works. The pain is such that it actively prevents the absorption of the medications. So IV morphine is the treatment of choice. In fact, two or three lots of 10mg might have to be given within minutes of each other before things calm down to an acceptable level. A good ploy then is to set up a PCA (patient controlled analgesia) with morphine for 12 or 24hrs to ensure the residue of the pain is brought under control.

Patients can be left a little shell-shocked after this and doctors might be worried that this was due to an infection. In fact, an alternative name for this occurrence can be acute aseptic inflammation or just and aseptic hip. Neither are strictly correct as there is usually no infection or bacteraemia in the joint, just very acute inflammation which gives the appearance of an acute inflammation.
You must log in or register to reply here.