Bilateral TKR My story so far

I think it all started about 20 years ago when I had a bad fall skiing and really wrenched my LT leg. from that day on I had pain. About 10 years ago I went to an "ortho" and he did an arthroscopic "repair" and the left knee was never the same after that. It clicked and popped and was swollen at the end of every day.

About 5 years ago I started having pain in the posterior area of the joint on the left knee and general stabbing pain the the right knee and I just lived with it. In the last year or so I was in constant pain and could not stand for more that 5-6 minutes. So I had an "evaluation" of the knees. An MRI showed bone on bone in the left knee and advanced arthritis in the patella and adjoining joint area of the right knee. In technical terms he said my knees were "shot".

My biggest concern was the how I was going to cover the time off needed to have the surgery and recovery which he said,in the "best case", was 6 weeks. I asked him to evaluate me for doing both at the same time to shorten the total recovery time. So I had health work-ups and testing which cleared me for the bilateral procedure which was done on September 10, 2013. I had general and a spinal. When I woke up there was no pain or feeling in the legs due to the spinal. They also had me on the normal pain medications so I was anticipating the coming pain.

The day after surgery they got me up and I took about 20 or so steps and still had no pain in the knees. The upper thighs felt like someone had uses them for a punching bag. I had a catheter for two days so I had no need to get up - the pain med's took care of me needing to use the john at all . The knees were stiff and the thighs were sore but nothing like I was expecting. They had the ice machine going while I was in bed and I had the compression stockings. They would put the passive motion machines on both legs but I was not having any knee pain at all.

I was released on day 4 and went to a short term rehab center which was great. I did have trouble sleeping at night because I was used to sleeping on my side not my back. With the compression stockings removed at night the legs were very sensitive to the slightest touch of the sheets on the sides of the knees - not pain but just very uncomfortable.

I stopped taking the oral pain med's and and the catheter was removed. I had a walker by the bed and I got up by myself to use the bathroom and I was amazed that all my previous pain was gone. I used a walker to get around for the first 2 days in rehab then while holding by wife's hand, walked all over the place including outside. The next morning I went to rehab without my walker of anything and they could not believe it.

I worked very hard in rehab and was over 90 deg ROM after day 7. I escaped from short term on day 16 and then had outpatient twice a week. I returned to work (including driving) 3 weeks to the day after surgery. I ceased outpatient after 2 weeks with a ROM of 115. I have continued to do my stretches and strengthening exercises and my current ROM on both is 128. My LT knee is a bit "noisier" than the RT but I feel great.

What a wonderful recovery. Most people who come on this forum have problems they need help with. You are actually in the minority (in my opinion) who zoom along and can do things such as get back to work in three works without needing pain meds. I'm thinking you had an excellent ortho and great hospital care. Where would that have been? Anyhow, congratulations on your new pain-free life.

Great story of your recovery @Hitech ! Like Maryo52 said, you are in the minority for sure. I can't imagine having two at a time done. I too like you, had a snow skiing fall just weeks short of my 16th birthday. There was no arthroscopy surgery then for the torn ligaments. They just stuck me in a plaster cast from thigh to ankle, keeping my leg straight. Who knows how it healed...but sure enough later in life the arthritis set in, in that knee. Between November 2010 and December 2013, I've had 4 surgeries on that knee. Two arthroscopy and two knee replace replacements. Those old injuries come back to bite us later in life for sure!!

Geez I hate to sound pessimistic but something smells fraudulent about this story if not impossible. 3 weeks after a bilateral !?. and im post op ! I apologize if im out of line
OP
OP

No, it's for real look at the video, still have bandages and stitches, still have pressure stockings it's day 6.

Congratulations on your amazingly quick recovery! You're one of those 'urban legends'

I watched a number of videos on YouTube before surgery of folks two and three weeks out after BTKR, dancing, teaching martial arts, and doing some of the Xtreme Burn cardio work outs. I couldn't begin to imagine doing that, but I guess there's always the possibility of an anomaly

There were such wide, varying degrees of mobility during the recovery process, I just didn't know what to expect. So, @Hitech, from what you've described, you're definitely in a small percentile for amazingly fast recovery! I'll keep inching forward doing what I'm doing, and eventually I'll get there as well

I'll weigh in but would prefer to be remembered as a rural legend!

@icep707 Hitech is even further to the left, so to speak, on the recovery bell curve than I am, but I believe him because I was able to quit the opiates after a few days, go horseback riding at about a month out, left the hospital the very same day I had surgery, and so on. Think about it, folks are WALKING with one repaired knee the day of surgery, whyever NOT be able to manage without an assistive device a week out and no OPIATES in the system, and TWO repaired knees? I think it wouldnt be that much harder to walk with two legs having the same degree function--I mean, it wouldnt be possible to LIMP if you couldnt favor either leg.

Believe me, my ability to ambulate (and defecate!) improved drastically after I quit taking the Lortabs. And I was NOT having anything like excruciating pain or I would have stayed on the Lortabs. I am not a crusade to have anyone not take all the pain medicine they need but I didnt need very much or for very long. For preop folks its probably important to follow the old adage when anticipating any kind of trouble or drastic change, which is Hope for the best, Prepare for the worst, and Take what comes.
OP
OP

Don't know why the video quit working it was just a link to U-tube. I'm still doing great, It's really nice to be able to stand and walk around all day with no pain at 131 days out from surgery.

here it is again as just text just put "http:" in front of it without the quotes.

I added the complete link to the video, @Hitech so let's try it again. It appears to be working for now at least. Nice to see you!!!

Well 136 days out and still doing well, I have managed to get rid of my tall toilet seat which was my last vestige of my needs for the recovery. Still a slight amount of stiffness if I sit for prolonged periods. I would judge my knee swelling as nearly back to normal. I climb ladders and stands and climb all over the engines at work. I am really glad I got it taken care of. I feel sort of bad for my rapid progress especially on reading of other peoples experience and struggles.

@Hitech
You are having a fabulous recovery!

Don't feel the least bit guilty for that - just enjoy the change in the quality of your life.

While you are in a minority in recovering so quickly, we do need to hear stories of quickly successful outcomes, as well as those of slower recoveries.
OP
OP

Thanks for that, I was a little disappointed when I wasn't believed

Sorry Hitech but I found your story hard to believe too! Did you have regular btkr surgery? Your story is so amazing. I am six weeks out just a rtkr and I have had a relatively easy recovery so far. No where near as good as yours - I honestly didn't think it was even possible. But good for you! I wish you continued success and a pain free future!

We hear it and say it so often - everyone is different and every knee is different. Sometimes I think that a lot depends on the degree of damage inside the knee before the operation and in the general fitness of the person having the operation - and then I hear of someone who confounds that theory.

While he is one of those who recover unusually fast, I am very pleased that everything has gone so well for Hitech.

I remember that my mother, who had one knee replaced in her late 70s and the other in her 80s, recovered fast. She spent a week in hospital each time and then came home to my house to convalesce. At one week after surgery, she only needed Panadol (Tylenol) for pain relief and she was walking without the use of walking frame, crutches or stick. She just refused to use them, saying that they were for "old people"!

On the other hand, I needed heavy-duty pain relief for 2 weeks and then Tramadol and Panadol for a couple of months, and I used crutches for a month before graduating to a walking stick.

While there are theories, there is no cast-iron explanation as to why some people recover faster, or slower, than others. 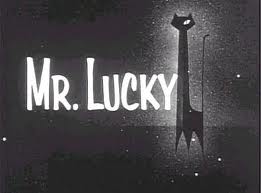 Absolutely awesome, @Hitech! Some of us got it, and most of us don't. No need to feel bad over something you really had no control over. I'm really happy for you that things are going gangbusters!
OP
OP

Thanks everyone, I will continue to report every week or so and I will post some pictures of my knees.
OP
OP 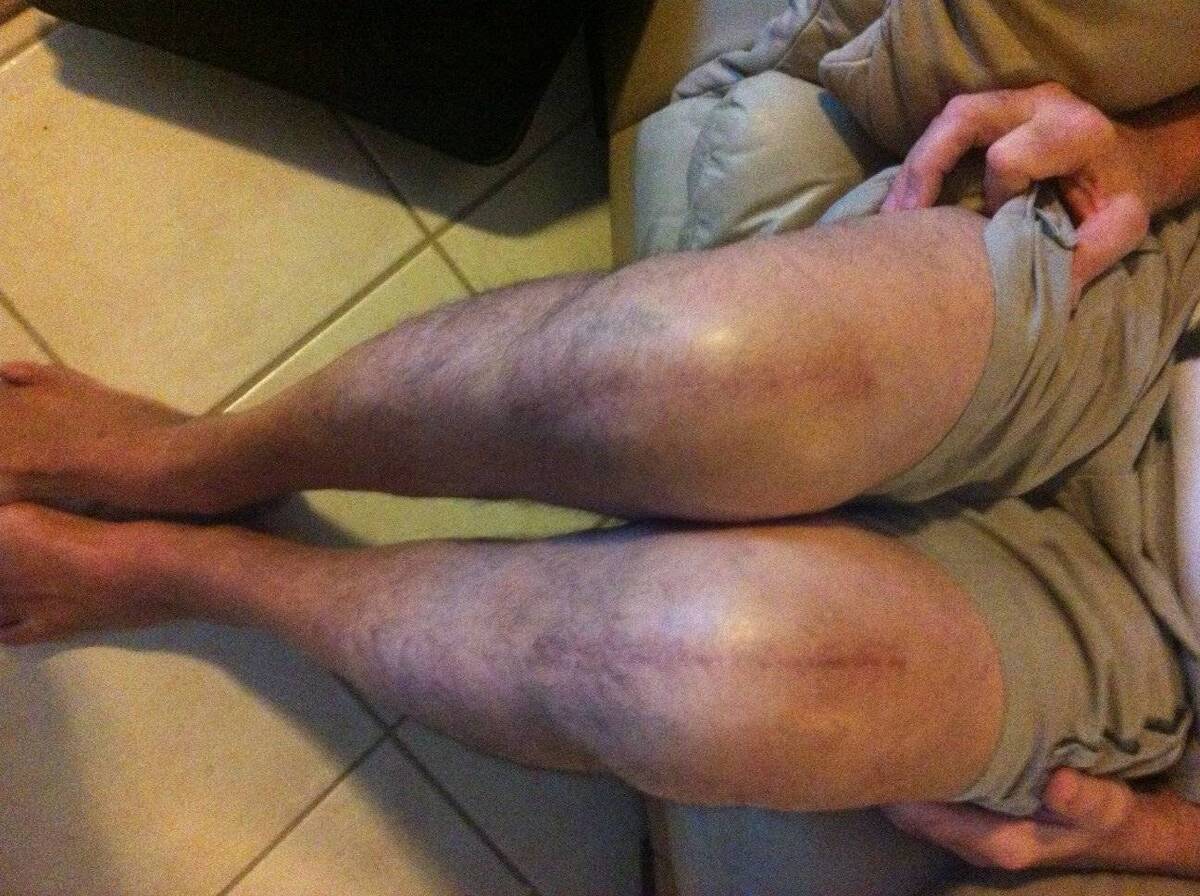 And here you go this is yesterday afternoon...
You must log in or register to reply here.