I have one of these lift recliners---used it with my hip replacement and knee replacements---I LOVE IT! I don't know what I would have done in the wee hours of the morning when I couldn't sleep. Piled up in it, turned on the 40" TV, and watched and catnapped 'til time to rise and shine. For me, it was a life saver. I was also easy to set up for elevating and icing which I also did a lot of. But they are pricey---I've never regretted spending the money.
OP
OP

Judy B. there's nothing better than a first-hand endorsement! I wonder if I couldn't just use this particular model as a bed and fore go the daybed. It's not a tremendous room and this might serve two purposes.

Lucia, to tag me you have to use my user name which is bottomshollow. The Judy you tagged has been off the forum for a long time, so I have eliminated the tag on her.

Yes, you can use it in place of your bed in the beginning when sleep is so difficult to come by. You will probably be catnapping in a lot during the day time anyway. Once you are able to sleep reasonably again (and by then you should be able to manage the steps fairly well) you can use your bed at night.

Good for you, Lucia! I'm glad to hear that you're on your way to new knee(s) and a better quality of life.
OP
OP

bottomshollow, (hope I did that correctly), I don't know just how long I'd be sleeping in that chair, but since I'm doing both knees eventually, that effectively halves the cost of the chair per knee. I'm trying to think how to sell this idea to my husband. I hate the idea of him sleeping on one floor and me on another, so that's powerful motivation to get up those stairs. (Hmm...matching chairs in the laundry room? No...he'd NEVER go for that.)

Florida 1, thank you for those kind wishes!

I would greatly appreciate any positive energies/thoughts/prayers that that HORRID yeast infection is not returning. I am calling the doctor early tomorrow.

Yep, you mine right, but I had to fix Florida 1. You must type the user name exactly. She has a space between Florida and the 1.
OP
OP

Lucia, if you want to try using your left foot first going up the stairs, here's something to try. As you go up, holding onto the railing with your left hand, turn your body slightly to the right so that you are going up at an angle facing slightly toward the wall. Lift your left leg up to the stair and then pull your right foot up to that step. Repeat so that you are doing one foot at a time.

Actually, I think you'll find this "up with the good" much easier once you actually have your surgery. Hope so, anyway!!!
OP
OP

Thanks, Jamie! I will give it a try!
A

I had TKR on my left knee 2 1/2 years ago and, because my roommates were gone most of the time, I rented a hospital bed ($200/mo), bought a memory foam topper, and had them set it up in the middle of my living room! The location made it easy for visitors and me (vs. upstairs), and it made it easier to get up when I needed to, both because of the raising and lowering aspect and because of the rails I could grab onto. You might check into whether you could rent the type of recliner you're considering rather than buying it. It was well worth it though. I also think you might be surprised that stairs aren't as impossible as you might expect - I know I was dreading them but had no choice since my showers are upstairs. It's one step at a time and it's slow, but it wasn't particularly painful. Which leg to lead with becomes quite obvious. The daily trek to the shower was a bit exhausting, but that warm shower was the highlight of my day. Make sure you have a shower chair - makes it easier to get in and out of the tub and the water beating on your back feels so good. It sounds like you have a "tall" toilet, so it might not be necessary, but I also had a toilet topper, which was very helpful. I had TKR as soon as I was told I needed it, and even having it so quickly was quite amazed at the difference. I hadn't even realized how limited I was. My doctor told me that in six weeks I'd be glad I'd had the surgery, and he was right on, almost to the day! Good luck!
OP
OP

Thank you, akpale, for your advice! Actually, I had not thought about renting a hospital bed, but it might not be a bad idea, especially if they could put a bar above it so I could pull myself up. The memory foam topper would make it a lot more comfortable!!
Very good advice! I did buy a shower chair, one with arms. Now I have to figure out how to install the sprayer attachment along with the overhead. I love the shower chair. My husband calls it the Aztec Shower Chamber.
I have a "comfort height" toilet (16-1/2" high) but even pre-surgery, it is NOT comfortable. I added a six inch topper and it is now very comfortable. I may buy those arm rails, but think my walker might do the job. We'll see.
I have waited to long to have this surgery that it makes me sad to think of all I have missed. You were wise to proceed!

So did Lucia have her knee surgery? I can't find her in the recovery forum yet.

Lucia, I have changed the name of your thread per your request. You need to be thinking about what you're going to name your recovery thread. It should be something that will apply for your whole recovery. You can start that thread in the Knee Replacement Recovery area a couple of days before surgery if you like.

bottomshollow, in one week and and one and half a days, I should be coming out of the Recovery Room, if all goes according to (my) plan!!! Sorry to have troubled you to change my name! Maybe I should just remain "Just Do It!" in my post-op name.

Lucia, I really think something like "Just Did It!" or "Just Got It Done!" would be better for post op---but it's up to you.

I had thought about a hospital type bed for my recovery, but didn't like the rental price. So, hubby and I bought a daybed!! He bought me a lovely pillowtop mattress for it, and we put it in the living room. It was perfect!!! And when I was up and sitting in the recliner after a while, it looked nice. I bought nice comforters for it, and it looked like a nice piece of furniture instead of a hospital bed.

When I no longer needed it, it went into the guest room as an extra bed!!

For the cost of a hospital bed rental for two months, you could buy a daybed and mattress, and have something you can keep and use for company when you're through needing it.

Mine will be coming back into the living room sometime this summer when I have knee number two replaced!!
OP
OP

Titianlady: Toni, it looks like I'm following the same path as you. My husband is "The Decider" when it comes to furniture. Great Aunt-Lucille's daybed is getting a new mattress. I'm going to ask my doctor to prescribe something called a "patient-lift" which can be used over the bed to help me get up, down, turn, etc. (not covered be insurance). It's going to be fairly tight in the laundry room so I'm waiting on getting the chair. Will commandeer (as needed) all the pillows from other bedrooms. Even though the bathroom is right around the corner, I'm planning on getting one of those rolling toilet things, although I haven't figured out how to hide it. I hope visitors will use the front door and not the side door...

Lucia, you probably won't need the overhead bars to pull yourself up. If your having only one knee done getting up should not be a problem. If you are having both done at the same time, then it would be a good to have. 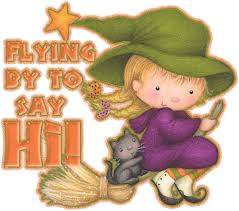 See you're getting everything set at home. Won't be long now---