@Fiona444 Well done on the clearing away of the hip paraphernalia! It is physical confirmation of just how far we have come, isn't it? I have put the crutches away in the loft, moved out the high, orthopaedic looking armchair and brought back the sofa. My husband is hanging on to the grabber though - he has found all kinds of uses for it!

Grabbers are the best invention ever! I may even buy more!!

Fiona444 said:
will be nice not to sink into the pan

Ha! Know it well. Hubby took off the seat riser from the downstairs guest toilet when his brother visited from Spain last month. Being a crass man he left the seat (and lid) up. After several G&T's, , I went in, and thinking it was the riser on with just the lid up, I sat down! Ugh!

right onto the porcelain! No harm done but it woke me up pronto!
Last edited: Aug 29, 2019

Ha, ha, I can appreciate that story about sitting down suddenly and unexpectedly onto a porcelain rim with no seat. I have gently tried to "remind" my husband to put the rim down and he usually does great, but every once and awhile I stagger to the bathroom in the middle of the night and it's quite a shock, and, yes, @Calgal, it definitely wakes you up. I, too am ready to start getting rid of the walker (which has been used to drape clothes on after the first day or two of recovery) as well as the toilet seat riser. I do like it as our toilet is old and low, but I don't need it anymore and the house needs to be de-hipified! I think the walking poles are still downstairs near the back door as well, and I never used those. So, onwards!

And, yes, @Fiona444 I think you dog owners have a built in reminder for getting up and moving. Love dogs but no way am I getting one at this point in my life--got rid of four kids, I don't want the responsibility for anyone's care now. I am admittedly lazy and an avid reader and it's so easy to just bury myself in a book and discover to my horror, several hours later, that I'm a stiff, crunched up old lady who needs to stand up--argh--and get moving. I have a Withings fitness watch but clearly it's not as fancy or helpful as an Apple watch or a Fitbit in prodding me to get moving.
Last edited: Aug 29, 2019

@Barbaraj I also have a withings watch because 1) we got a withings body plus scale and I wanted the app to go with that and 2) I didn't want a device that pestered me! I hate technology when it becomes my master. Also I like the fact it looks like a watch. It's been good to help me set goals and track my progress. My phone never tracked steps properly. Wish I had it earlier on in my recovery. Got it around 4 or 5 weeks out I think. And yes, dogs get you out and off your bottom rain or shine. Good and bad!

Good Evening, I hope you've had a good day so far.
The steps you are logging are nothing short of amazing! Walking on sand also a challenge, but obviously you're handling it. It's good to hear you enjoyed your week away at the cottage and coming home to pack up the hip paraphernalia is just one more sign of a recovery moving in the right direction.

Wishing you all the best as you return to work on Monday and also for your visit with the surgeon. Please let us know how it goes.
Until then...take care!

Fiona444 said:
Your pooch is gorgeous. What is his/her name? I
Click to expand...

It's a he but I agree he's pretty enough to be a she! His name is, get ready, Fuggley. Hubby didn't know the Australian slang meaning.

He saw a documentary about a dog warden in Sydney and there was this very clever dog named Fuggley that kept getting out so much the warden just let him ride around with him all day in the front seat and took him home at end of day. DH said if he ever got a dog he'd name it Fuggley. I said not on my life. So now we have a Springer named Fuggley. At least there are no other dogs that come running when we call his name!

. He's my only child and I love him dearly.

Well, @Calgal, although I enjoy my Withings watch because it looks just like an analog watch, it tracks my steps wildly differently than my phone does. My iPhone always shows many more steps--I like that reading better, obviously--but I just can't summon enough energy to get yet another fitness device, although the Apple watch that @Fiona444 uses, that prods you when you need to get up and move sounds very appealing to me. I do need to move more. I have a friend who has one and they look so big and heavy though, that's not a selling point.
OP
OP

Oh what a perfect name

Made me laugh so much ! I love him already!

I never realised our toilet is so low!

I am with you re tech devices but if you do want one I would thoroughly recommend Apple Watch. I too thought they looked cumbersome and I have tiny wrists and fingers that can only where childrens rings but I got the smallest one and it looks good and very functional re fitness tracking. I measure it against my friends Garmin and it is just as accurate.

Tomorrow is my birthday and we are off to my brothers to be spoiled and attend a local beer fest. Wonder how I cope with the toilets after that

@Fiona444 well let me wish you a Happy Birthday and hope you have a great time at the beer fest! Just be careful with the toilets.

Must say, you're turning into my hero, can't imagine doing that many steps daily! We can only hope.

Good luck on your first day back to work on Monday just in case I don't talk to you before.

Happy birthday, @Fiona444! Nice to read that you've off to get "spoiled" for your big day today. A brew fest wouldn't be my idea of fun as I don't like beer (or any carbonated beverages) but if you're a beer lover, I'm sure all the tastings will be fun. My husband and adult children went to a local one recently and had a great time. I asked my husband to pack up the walker and toilet riser and stash 'em up in our attic yesterday. When I went to the bathroom this morning to use the toilet, I sat down naturally and realized in an instant that the toilet riser was gone but had no trouble with the toilet although it's low to the ground. I am sure with all your walking these days that you can easily use your core and your quads so you'll have no trouble with a variety of commodes! Have a great birthday! 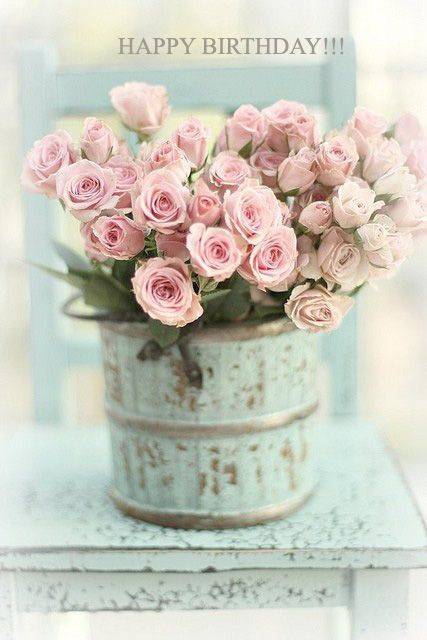 Happy Birthday! I hope you have a lovely day.

Hi @Fiona444 ! Happy birthday! Hope you are having a great day and enjoying the beer fest!

Hope you had a fantastic birthday today, celebrating and dancing with your new bionic hip!

Hello all, thank you for the birthday wishes! I had a lovely day although did not make the beer fest as it took us so long to get there because of traffic issues. Still had a lovely afternoon sitting in my brothers garden and had a lovely lunch and lots of laughs. Very tired after such a long day and feel a little achey after 6 hours travelling and a long time spent on garden furniture

garden furniture!!! Sheesh. The bane of my existence this summer! Hopefully by next summer we will be sitting pretty on whatever, wherever.

Nice to read you had a good, albeit tiring, day for your birthday. Sitting in your brother's garden to enjoy a nice lunch and chatting and laughing with everyone sounds like a good day but, like everyone else, I agree that lawn furniture can be so uncomfortable! You probably needed to request a few pillows to make it tolerable. And I am sure the long car ride was exhausting. But you are in good shape, @Fiona444, and I'm guessing some rest after that probably means you're up and out today, maybe a nice stroll with the pooches? Happy Monday to you!

Hello @Fiona444
I'll bet you're relishing the happy time spent with loved ones. Too bad the seating wasn't more favorable and the car ride shorter. Oh well, I'm sure it was well worth the memories you now have. Hopefully you recovered enough to enjoy your daily walk with Casey and Fen today. Have a great evening and week!
OP
OP

Hello all! Fully recovered from the long drive and lovely garden furniture
Went back to work on Monday which was a real shock to the system. I was exhausted! Tuesday and Wednesday equally frazzling and today I am recovering. I even managed to wear ankle boots with heals which was fine although I do prefer flat.

I had my first check up with surgeon on Tuesday. He moved my leg, poked my hip asked if it hurt and that was about that

. He said his job was to make me feel slightly paranoid about keeping my hip straight, no twisting and no letting leg fall over centre line eg crossing them as it puts pressure on the hip. Keep feet square with hips etc I will do my best to remember but I am used to moving just about normally now and it is not always in the forefront of my mind. He also said that to be very careful of infection as it goes straight to metalwork

Apparently cat scratches are worst but he also said be careful of the dogs. I must admit I came out with more worries than I went in with which is not good really. Anyhoo he doesn't want to see me for a year or 10 months now. He showed me the xray and took a pic for me which is nice.

Had a bit of a scare with hubs as he went for a routine colonoscopy and they have found 2 polyps and diagnosed mild diverticulitis. He has never had any issues in that dept so was a massive shock. They removed one and he needs to go back for the other to be removed. So quite worried about it all. Hoping that everything is OK.

All in all has been quite a challenging week with one thing and another but sure it will all sort itself out
You must log in or register to reply here.