Dislocations: what are the risks?

The biggest worry THR patients have is that of dislocation. But the risk is simply that - a risk. And that risk, while worst in the first few days, reduces as the weeks of healing go by. After about a couple of months, the muscles will have regained much of their strength and tone and a new 'pseudo' capsule of fibrous material will have formed around the joint, keeping it stable. Once that has happened, the joint will be as secure as a normal one and you can do anything you want to.

The actual incidence of dislocation is actually very small but we do know it exists so it's only sensible to advise people to take care and observe the precautions.

This worry is made worse when the surgeon has them observe the "90 degree rule" which means they must not flex their hip past that point. Sometimes people misunderstand and think they mustn't flex their hip TO 90 degrees but this isn't so. It's flexing it past 90 degrees where the risk comes in.

This is a 90 degree bend 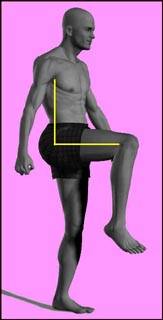 Life can be difficult and awkward when you have to observe this restriction but there are ways to cope:

1. use this tool - variously called a handy picker, reacher, grabber or helping hand

2. another tip is to use the 'golfer's reach' which means to keep the operated leg straight out backwards as you bend down using the good leg. You will need to hold on to something firm like the kitchen counter while you do this. You can also step into and out of the bath using this technique 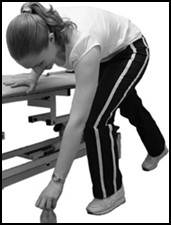 The key factor in this risk is, of course, to do with the healing which is
1) the increase in strength and tone of the muscles around the hip which can take between 6 and 12 weeks to get back to a basic amount of strength. However, this improvement will continue for several months after the surgery
2) the development of a false capsule of fibrous tissue, often called a 'pseudo-capsule' (simply meaning false). After the surgery, when parts of the natural capsule of the hip has been excised, the body will replace this with a layer of thick, tough fibrous tissue which, though not functioning exactly as the natural capsule did, will do a pretty good job of keeping the joint intact and stable. This will begin developing around the 3 week mark, be fairly well established by 6 weeks but will also continue to develop for several months.

Things not to do
There is a great collection of instructions and photographs in this Recovery Aids: A comprehensive list for hospital and home

If you think you have dislocated:

Sometimes people think they have dislocated their hip when it hasn't fully come out but undergone one of these
~ a bit of a 'wobble' in the new hip where it threatens to come out but doesn't actually do so or
~ a subluxation. This is a kind of half way point when the head just slips out and rests on the rim of the cup 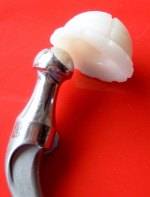 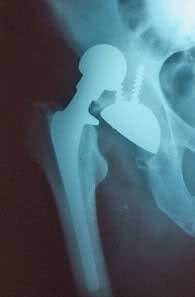 ~ full dislocation which is very disabling and extremely painful.
The leg will be internally rotated and the patient unable to even get off the bed. 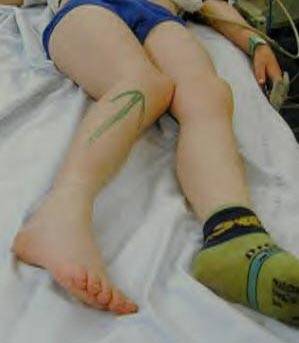 This is a report from a member who had a dislocation


susanne said:
My hip kept clicking and getting stuck. But my doctor would not listen. Thought I was going nuts this as this was going on from 2008-2010. I went to other doctors, internist and neurologist.

Since my surgeon didn't think anything was wrong, the neurologist ordered scans and blood work. Results were that the stem of hip was not at the right angle. Hip was always getting stuck and I had to manually move it to get up.

The day this happened I was sitting in my classroom playing with the kids. I was trying to get up and to do this would lean and hoist myself onto table for leverage which was when it happened. It was so excruciating and didn't want the kids to see me hysterical.

One of my co-workers is an EMT and the moral support helped. I kept saying I'm fine, let me just sit a minute. I had a bolster by my leg because each little movement caused pain like you wouldn't believe.

To make long story short, the ambulance took me to ER where they gave me a shot to ease pain. When the ortho finally came in, on the count of 3 she and her associate pulled my leg and BAM! hip went back into socket. Felt great ready to jump off table to go home!
Click to expand...

Treatment
A full dislocation requires a general anaesthetic to put it back into place.

Unless the patient has been totally disregarding their restrictions or suffered a really bad fall, it is not easy for a hip to sublux or dislocate. The most likely cause is poorly placed implants: a cup that is set at the wrong angle or a femoral prosthesis which is either internally or internally rotated from the proper angle.

With dislocations from accidents, the muscles around the hip will gain strength and tone and the new capsule (pseudo-capsule) will develop around the joint if given time in which case a brace similar to this would be in order and maybe some extra rest and even non-weight bearing. 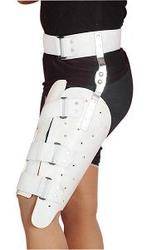 If it is determined that the problem is poorly placed implants and this can only be remedied with a revision.
But this IS a worst case scenario.

However, it's not uncommon for the surgeon to xray the hip and declare that 'it's fine'.
It may very well be fine but if it happens again, a second opinion from a revision specialist is always wise.
Last edited by a moderator: Feb 8, 2014
You must log in or register to reply here.