In the following pictures are examples of post operative bruising.

All that has happened here is that one or two little bleeders that occurred in and around the muscles during the operation began to ooze again. These would be very small veins that bleed and surgeons, who naturally like to be in control of the blood loss, would have cauterized these veins during the surgery and stopped the bleeding. But at the end of the op, when the patient's blood pressure started to come back to normal, they can start oozing again. Not a lot, but, like a faintly dripping tap, enough to make itself known. Eventually a nice spreading bruise develops all around the hip and thigh or knee and calf and eventually makes it through to the superficial fat and skin where it can be seen.

Then, because the patient has been up and about, gravity encourages the drainage to seep further and further down the leg, even as far as the ankle. It's enabled further by the use of blood thinners, of course.

It most frequently occurs where the surgeon has not used a vacuum wound drain but can occur even when a wound drain has been used.

Such bruising will eventually clear away but it can take a while to do so. It will turn some funny colours in the process! So don't let it worry you.

One thing to remember though - these bruises are nothing whatsoever to do with deep vein thrombosis (DVT) or clots!

These pictures are all a few days post op - as you can see, the staples are still in situ. 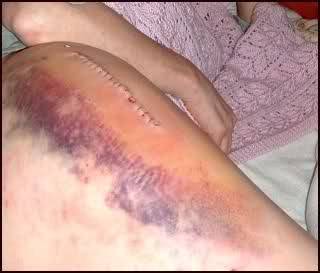 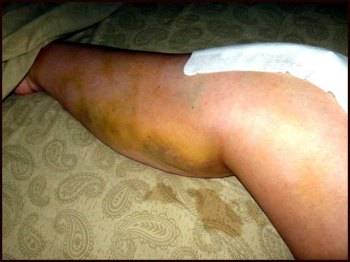 And an example where the drainage has seeped down as far as the knee. 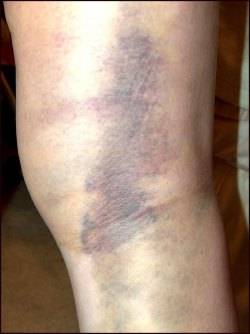 Another example of bruising - this one at 9 days 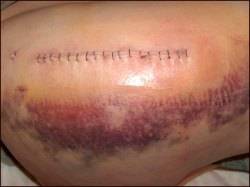 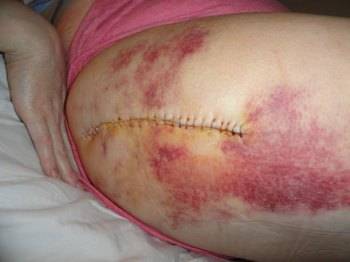 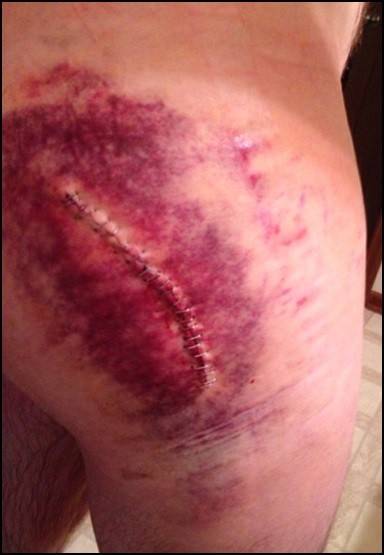 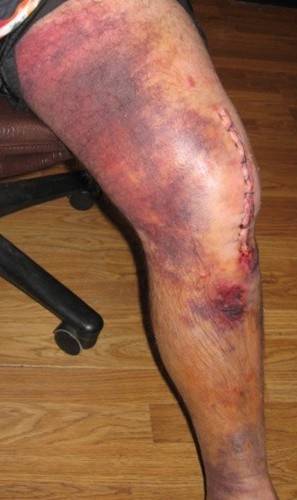 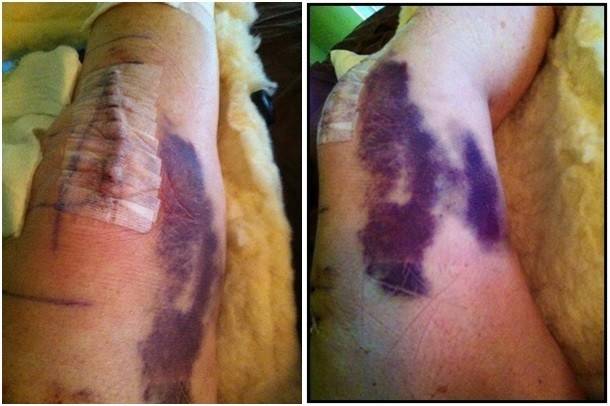 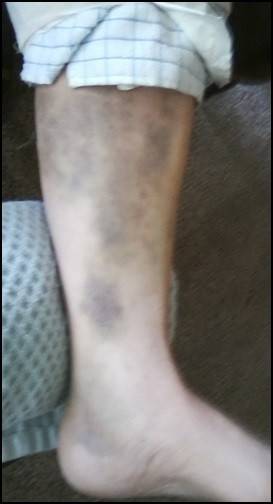 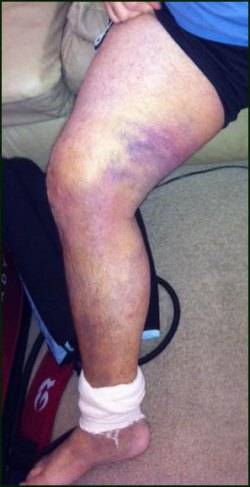 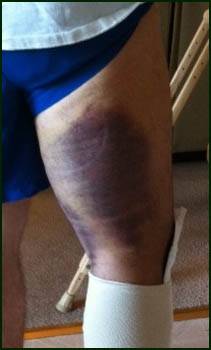 This suggestion was also offered as a way to encourage the bruising to go away.


Motherofmany said:
I have a good friend who is an herbalist. She suggested with my second TKR to use a wash cloth soaked in Witch Hazel (costs about $1 at any store in the area where alcohol and peroxide are located) applied for 20-30 minutes at a time several times a day. The results are amazing. I had the dark bruising and swelling I noticed on day 2 when they removed the full leg wrap. I had my husband bring it to the hospital this time. We were amazed as were the nurses, how quickly the bruising disappeared and skipped most of the color change display. Also helps with the tenderness and swelling associated with bruising.

Get some cheap Witch Hazel and apply it to the bruising, It will help tremendously. Try it and see and post to let me know if you see and feel the difference. I did!
Click to expand...