You will have noticed there is a significant opinion here about the potential hazards of PT. You may feel that your therapists are experts and know what you should be doing. However, over the last several years I've been here, I have observed that the more intensive the regimen of exercising, the more problems people get.

These issues can include

A point to note is that it's not the exercising that gets you your ROM, it's time. Time to recover, time for swelling and pain to settle and time to heal. One thing that seems to be missing from all the PT's protocols is that all your ROM is there right from the start, just waiting for all that to happen so it can show itself. In the general run of things, it doesn't need to be fought for, worked hard for or worried about. It will happen. Exercise as in strength training is counter-productive and does more harm than good. Normal activity is the key to success.

After questioning numerous members, I have observed that certain exercises are more of a hazard than a benefit and have therefore taken to advising members to assert their right of consent and decline to do these.

The worst exercises include these though there are others, in fact, any that cause you undue pain and cause swelling can be included

1. 'assisted' heel slides, often done to the point of extreme pain with stories of patients being given pillows to bite on and to muffle their screams! It will inevitably cause excessive pain and swelling

2. force bending the knee by the therapist - also causes excessive pain and swelling

3. squats and lunges - except narrow squats but even then, not to excess! Can cause generalised tendinitis particularly in quads, glutes and hamstrings

4. steps - up and down on a block - a low number are okay but some have been known to do 30 or more at a time! Can cause generalised tendinitis particularly in quads, glutes and hamstrings 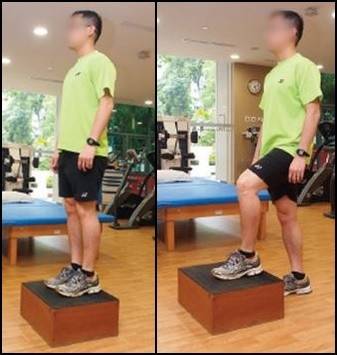 5. high marching. Can cause generalised tendinitis particularly in quads, glutes and hamstrings 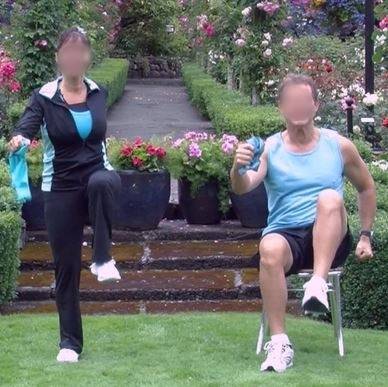 6. bridges - can cause generalised tendinitis particularly in quads, glutes and hamstrings

7. clamshells - especially hard on the IT band 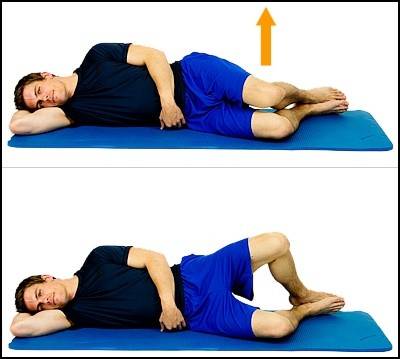 8. abduction/adduction exercises - also hard on the IT band (abduction) and psoas tendon (adduction) 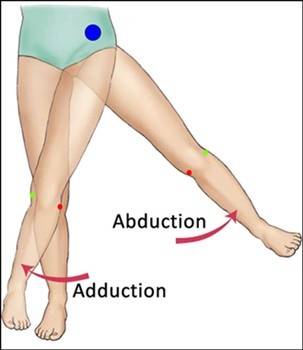 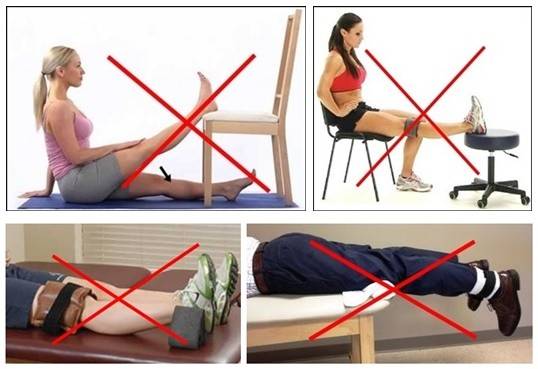 All these forms of 'exercise' are invariably painful and result in an increase in pain, swelling and stiffness.


WEIGHTS, BANDS and RESISTANCE
There are also another types of exercise which are to be avoided - the use of weights and bands like this 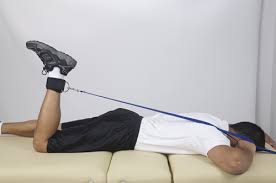 GYM MACHINES
Gym machines are designed for healthy people to achieve improvements in health, strength, stamina and balance. They are NOT supposed to be used during recovery in the first 3 months for a THR or 6 months for a TKR. They place far too much demand on the surgical area and can cause areas of inflammation and loss of ROM, especially with the TKR. 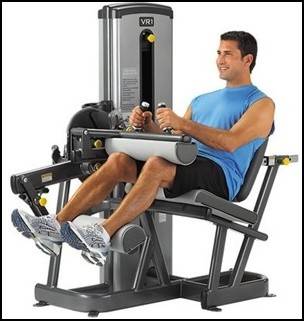 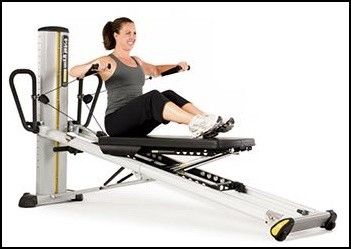 ROWING MACHINE
This is an ill-advised machine to use this after a TKR as it can require the use of torsional manoeuvres which could result in loosening of the tibial component. 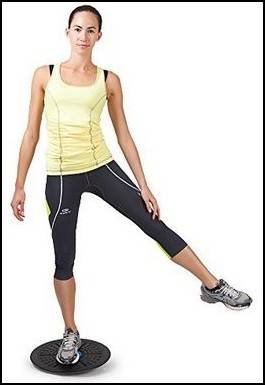 nancyjo said:
I had mine done at Mayo Clinic and they no longer believe in the pushing of it. They give you the exercises to do at home and tell you they want the knee to rest and heal. Do what you are comfortable with.you will get there in baby steps.
Click to expand...

COMMON SENSE
This philosophy is based upon simple common sense.

- dispelling the dangerous 'no pain, no gain' notion which was promoted in the 80s when keep fit videos were all the rage, fronted by various celebrities who were clearly not experts! Even in the fit and healthy it was soon roundly trounced by a variety of orthopaedic surgeons who went public at the time after being swamped with patients suffering all manner of muscle strains and tears. But the myth persists.

- dispelling the 'window of opportunity' which many members have given the lie to after reporting increases in ROM after 12 months or more.

- ignoring the simple and obvious concept that injured limbs need rest and care, not punishing exercise!

So far, all those who have tried this have reported a significant reduction in pain, improvement in ROM and general mental and physical state.

In addition, there have been numerous members who have done no exercises at all and yet obtained excellent results! I am one of them.

You might also gain some insight into what initially caused me to come to these conclusions by reading this PT: the seriously grave consequences of doing too much of it
Last edited by a moderator: Dec 18, 2021
OP
OP

Defining consent
For consent to be valid, it must be voluntary and informed, and the person consenting must have the capacity to make the decision. These terms are explained below:

If an adult has the capacity to make a voluntary and informed decision to consent to or refuse a particular treatment, their decision must be respected.

Someone could also give non-verbal consent, as long as they understand the treatment or examination about to take place – for example, holding out an arm for a blood test.

Consent should be given to the healthcare professional directly responsible for the person's current treatment, such as:
If someone is going to have a major medical procedure or treatment, their consent should ideally be secured well in advance, so they have plenty of time to obtain information about the procedure and ask questions.

If they change their mind at any point before (or during the procedure where appropriate), the person is entitled to withdraw their previous consent.

Some findings by the General Medical Council1, NHS Choices1, the British Journal of Medical Practitioners2, NCBI article3
1. A competent patient has the right to refuse treatment and their refusal must be respected, even if it will result in their death. If they change their mind at any point before the procedure (or during where appropriate) the person is fully entitled to withdraw their previous consent.

2. A patient’s consent to a particular treatment may not be valid if it is given under pressure or duress exerted by another person.

3. Patient has got the right of self-determination. Obtaining consent is not only an ethical obligation, but also a legal compulsion. No doctor can sit in comfort with the belief that the “consent” can certainly avoid legal liability. This is highlighted by the note of The California Supreme Court

This means that if a patient withdraws consent and compliance with a schedule of physio or physical therapy, they must be free to do so without any argument or pressure to change their mind. If a patient chooses to refuse a certain part of therapy, such as having their knee forcibly bent after a TKR, then this too must be respected.

Refusal of consent
NCBI1, BMA2,
1. There is also a legal angle to this concept. No one has the right to even touch, let alone treat another person. Any such act, done without permission, is classified as “battery”or physical assault and is punishable by law.

2. "A doctor who operates without the consent of his patient is guilty of the civil wrong of trespass to the person; he is also guilty of the criminal offence of assault." This also applies to nurses, therapists and technicians of all types and where consent has verbally been withdrawn at the time.

You have a right to decline therapy or parts of therapy that are painful and/or distressing to you.
You must log in or register to reply here.

D
TKR Hip pain - caused by back or therapy?