An allergy-free new hip...made from the world's toughest plastic:
Doctors reveal pioneering implant to tackle arthritis
By Angela Epstein for The Mail on Sunday Daily Mail online
Published: 6 February 2016 | Updated: 7 February 2016
A hip implant made from the same tough plastic used in high-voltage cable insulation is offering an alternative to patients who might be allergic to traditional metal versions. The new material will be used in hip resurfacing procedures, where bone damaged by arthritis is capped rather than fully replaced.

Known as Polymotion Hip Resurfacing, this new procedure uses a 3mm-thick cup made with a material known as cross-linked polyethylene, one of the toughest plastics in existence. It is commonly used in industrial settings because it is abrasion-resistant and does not melt. It is also thought that used as an implant it will not cause any allergic response.

Another benefit of the capping procedure is that less bone is removed, in contrast to total hip replacements when the femoral head (ball joint of the hip) is replaced by a stemmed device and very little of the upper leg bone is retained. Replacement hip joints can also wear out in more active patients. 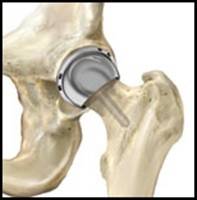 During the two-hour resurfacing procedure, the ball and socket of the hip joint are separated. Worn bone and cartilage is then trimmed from the surfaces of the thigh bone and hip socket. 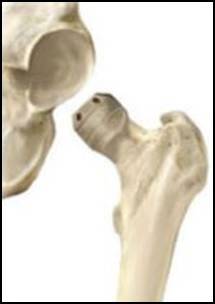 The socket is lined with the anti-allergenic polyethylene cup. The ball of the thigh bone is capped with smooth titanium metal covering, which also does not cause allergic reactions, and then placed back into the socket. Since polyethylene does not bond with bone, a layer of porous titanium is applied to cover the surface of the cup that comes into contact with the bone. This encourages the socket bone to grow into the titanium to ensure the cup is welded to the skeleton.

According to Mr McMinn, Polymotion Hip Resurfacing will be especially helpful to women. He says: ‘Not only do they tend to suffer more metal allergy, they also have a higher incidence of a condition known as developmental dysplasia of the hips.’ He added that more women also have shallow sockets, and this makes it a challenge to accurately position a cup in a resurfacing operation.

In general, with metal-on-metal procedures, if a cup isn’t positioned properly it can cause increased wear of the components, leading to a reaction as particles leach into the blood stream. With the polymotion method, because the inside surface of the cup is made of polyethylene, this risk is reduced.
You must log in or register to reply here.