INTRODUCTION: In 2009 it was reported that 35% of all hips in the United States were large diameter head metal-on-metal total hip replacements (LHMoM THR). However, there are several recent reports of unacceptably high rates of failure of this type of hip: up to 49% at five years that have been attributed to corroded taper junctions. There are no studies that have quantified the corrosion of the tapers from current generation MoM hips. We aimed to characterize taper corrosion of the three most commonly used LHMoM THRs and investigate the influence of design and femoral diameter.

METHODS: Corrosion was qualitatively assessed for 111 components of three different designs; the ASR XL (DePuy), the BHR (Smith and Nephew) and Durom (Zimmer) devices. A peer-reviewed qualitative grading system was used. An unanticipated finding was a ridged appearance on most female taper surfaces, which corresponded with the ridges of the trunnion surface. A subjective grading system was devised to quantify this imprinting phenomenon.

DISCUSSION AND CONCLUSION: Corrosion was not manufacturer dependent, with no difference observed between the ASR XL device and other hip types. An unexpected finding was that the corrosion was strongly associated with the presence of ridges on the female taper surface. We believe the rough surface of the trunnion is causing considerable mechanical wear at the female taper surface and creating an aggressive corrosive environment. Larger head diameters experienced greater corrosion, which is of clinical significance given the evolution towards larger femoral head sizes. We recommend review of the use of ridged trunnions in combination with cobalt-chrome head components and believe large head diameters should be used with caution until greater understanding of the mechanical forces on the head-trunnion junction is achieved. 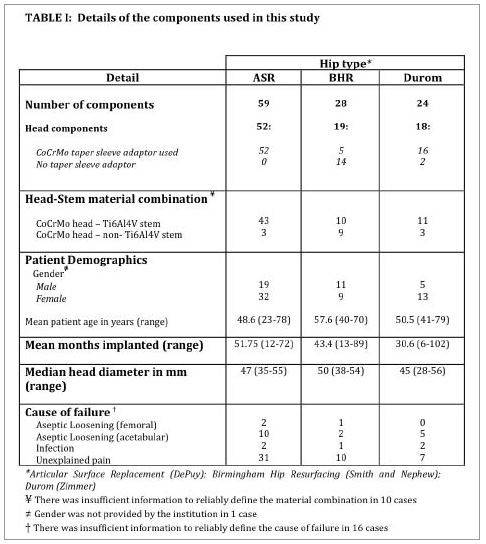 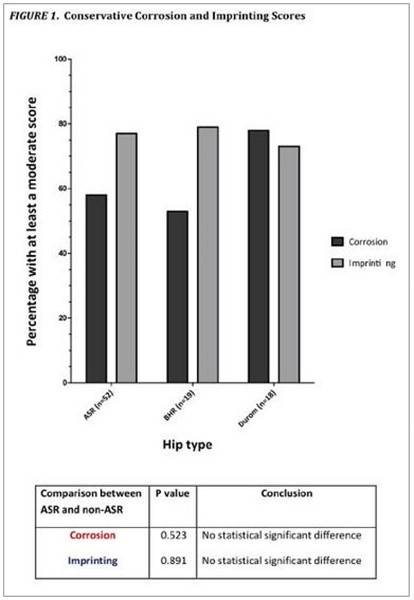